Smoking Drugs: Side Effects and Dangers

Smoking is a popular method people use to get high on a variety of drugs.

This page will discuss why people smoke drugs, the health effects associated with drug smoking, and signs that someone is smoking drugs.

Why Do People Smoke Drugs?

People may choose to smoke drugs rather than use other routes of administration for a variety of reasons:

What Types of Drugs Can Be Smoked?

Here are some examples of drugs that people often smoke and the other ways in which they can be used:

What Happens When You Smoke a Drug?

As mentioned above, smoking a drug causes its effects to occur rapidly and may yield a more intense rush vs. other routes of administration.1

The rush experienced by those who smoke drugs is profoundly rewarding and reinforcing.2

Yes, smoking a drug is dangerous for many reasons:

The following section will discuss the dangers smoking drugs can have on the brain and lungs in further detail.

Smoking drugs can impact the brain and respiratory system differently than other routes of administration.

As mentioned above, evidence suggests people are more likely to become severely addicted to a substance when they smoke it as opposed to other routes of administration (aside from injection).2 This is likely due to how rapidly certain drugs take effect and wear off when it is smoked, making someone want to return to the high quickly and frequently.1

Smoking any type of drug is associated with problems in the respiratory system, the network of organs such as the lungs and tissues that help you breathe:

Smoking drugs can be especially harmful to the lungs when users forcefully inhale, increasing the pressure inside the tiny air sacs of the lungs where gas exchange occurs. This can rupture the air sacs and contribute to air leakage into the space between the two lungs (i.e., pneumomediastinum) or the space between the lung and the chest wall (i.e., pneumothorax).16 These conditions may lead to subcutaneous emphysema, where air is trapped in the tissue under the skin, and if left untreated, may result in respiratory failure.17

When someone is smoking drugs, they may leave paraphernalia lying around such as:18

You may also notice small burns on their fingers or the tip of their nose from handling pipes or lighters.19

Is Smoking Drugs More Harmful Than Other Methods of Drug Use?

There is no safe method of misusing drugs. However, different routes of administration can harm the brain and body in varying ways and at varying levels.

Get Help at Desert Hope

If you are trying to find help for yourself, or you are helping a family member with an addiction, please call to speak to an admissions navigator and start addiction treatment right away. Desert Hope offers inpatient addiction treatment in Las Vegas, as well as various outpatient rehab options, sober living, and more.

Admissions navigators can provide information on the levels of substance abuse treatment offered at Desert Hope and tell you what to expect in inpatient rehab. In addition, they can answer questions about using insurance to pay for rehab or rehab payment options. 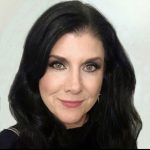 Leah Walker, PhD, LMFT
Contributor
Leah Walker is a licensed marriage and family therapist with a PhD in Family Relations. Walker has over 20 years of clinical experience working with … Read More
Read Our Editorial Policy