Are Drones the New Drug Mules? 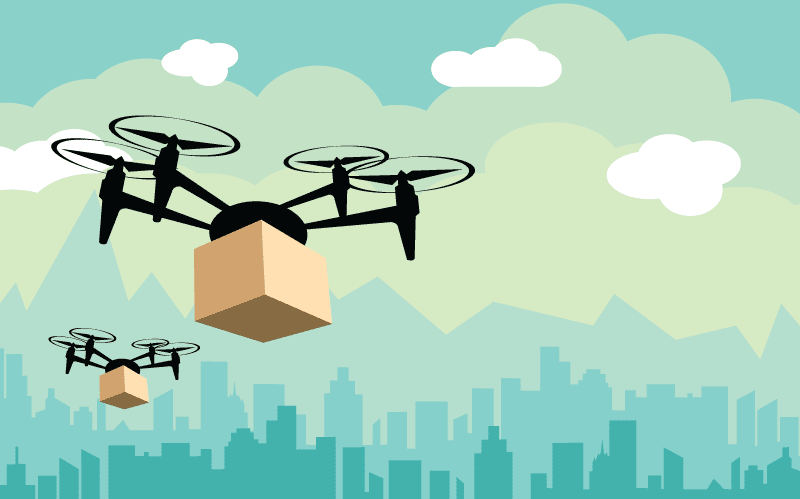 Drones are the latest and greatest in cutting-edge technology across industries.

Originally, they were a high-dollar item used only by high-end companies as mechanical messengers, but now they are relatively easy to access for everyone. For example, a range of drones priced from a few hundred to a few thousand dollars, depending upon the amenities and capabilities, can easily be purchased on Amazon. It appears a few drug dealers or distributers have taken notice and are using drones to assist them in making anonymous deliveries to their customers.

According to the Christian Science Monitor, drones are the new vehicles of transport for some drug dealers dropping their wares into prisons – cellphones, weapons, and drugs. Recently, in an Ohio prison, a drone dropped tobacco, 7 ounces of heroin, and tobacco into a prison yard inciting a brawl among inmates.

Bryan P. Stirling is Director of the South Carolina Department of Corrections. He says that when he took over the SC prison system in 2013, drone contraband deliveries were not a problem, but says: “Now it’s something we’re having to devote extensive resources to.”

Though the use of drones for drug smuggling in the prison system is a relatively new development, legislators are already taking action to address the problem. For example, multiple correctional facilities in South Carolina have installed new towers for the purpose of maintaining lookouts for incoming drones. A state senator in Washington has also introduced legislation that would increase a prison sentence by one year if the person is caught using drones to engage in criminal activity. Prisons may also make use of DroneShield, a device that issues a text or email warning in advance of the arrival of certain drones.

Additionally, prisons can also use a website called No Fly Zone that lets them enter their location into a database, making it clear that they do not want drones to be able to fly over their address; drone makers can update their products accordingly.

Inmates entering the prison system, visitors meeting with prisoners, the mail system, and even corrupt guards – there is a long list of ways in which drugs have been smuggled into jails and prisons for decades. It’s just one end of a worldwide distribution chain that begins with drug cartels hidden away in remote areas in Asia, South America, the Middle East, and the United States, and it finally stops with the end user – no matter what that end user’s location is.

The methods that drug dealers use to smuggle their wares across borders and into places where their drugs are illegal are brutal and usually dangerous – for the distributer as well as for the person who would ultimately use the drug. Drugs are cut with toxic chemicals to make bigger batches and bring in more money, hidden in dangerous ways that can introduce them to life-threatening bacteria, and transported in a way that devalues human life every step along the way.

For example, many drug cartels enforce scared and desperate people in fear for their lives and their family members’ lives to become drug mules, transporting large amounts of heroin, cocaine, and other drugs across borders and through customs in their cars and luggage, or in their bodies. One such drug mule was forced to swallow balloons full of more than $1 million worth of heroin in order to transport the drugs from Nigeria to the US – he was only 12 years old. Luckily, the transport attempt was discovered before one of the balloons burst and killed him.

Too Many Victims to Count

From the loss of life associated with the production and distribution of illicit substances to the dangers faced by those forced into transporting those drugs across borders to the risks of actually using the drugs themselves and the harm done to families and communities where ongoing drug abuse and addiction is a problem – there is an almost endless list of harms associated with untreated drug use and abuse.

For families with a loved one struggling with drug dependence or addiction, the crisis is immediate. Without treatment, lives can be damaged even further or lost, and the primary focus should be entry into a comprehensive treatment plan that will stop all use of drugs and alcohol and connect users with medical care and therapeutic intervention that will empower them to remain drug-free for the long-term. Not only can immediate cessation of drug use help the individual and the family to recover, but it also has a positive impact on the community at large and means that there is one less reason for drug cartels to stay in business.

Connect with the Right Treatment Program

But what does comprehensive treatment look like? For everyone who enters recovery, treatment plans should be a little bit different based on their unique treatment goals. They may include any combination of the following as well as other treatment interventions:

Medical detox, medical monitoring, and medication associated with the treatment of detox and/or mental health symptoms or disorders – these may be major parts of the initial stage of drug rehab, depending upon the needs of the client.

Personal therapy, group therapy sessions, and 12-Step meetings – there are numerous traditional options that are often the foundation of a comprehensive treatment program.

Nutritional therapy, cinema therapy, journaling, outdoor and adventure therapy, and sports therapy – there is a wide array of therapeutic interventions that are interactive and engaging to clients who would like to explore recovery from different perspectives.

Yoga, meditation, acupuncture, bodywork, and massage – these too can be used effectively to augment a well-rounded treatment program.

What’s right for you or your loved one in addiction treatment?