What Are the Long-Term Effects of Ambien Abuse?

Ambien is the most familiar brand name for zolpidem, a z-drug in the sedative-hypnotic class of medications that are prescribed to treat insomnia. Drugs like Ambien help people who struggle with sleep disorders relax so they can sleep; the medication does not induce sleep or unconsciousness. Ambien was approved by the Food and Drug Administration (FDA) as a prescription treatment in 1992, and the generic version, zolpidem, has been available since 2007.

After controversy around abuse of benzodiazepines like Valium and barbiturates like phenobarbital, z-class drugs were developed as a short-term insomnia treatment that would hopefully be abused less than previous sedatives. While abuse rates for Ambien and related medications are low, the drugs are still abused, and they rapidly lead to physical and psychological dependence. There are also harmful side effects associated with these medications, which are more likely to occur in people who abuse them for a long time or in large doses.

Parasomnias, like sleepwalking, sleep-driving, sleep-eating, and even having sex while asleep, are a huge risk among people who abuse Ambien. These behaviors can cause legal and financial problems in addition to physical and mental issues.

What Happens When Ambien Is Abused?

Ambien should only be taken as prescribed. The drug will have effects for at least seven or eight hours after it is ingested, so it is important to stay in bed and avoid going out, driving, or making decisions. The drug’s sedative effects can linger even after one has woken up, so driving to work or school, operating heavy machinery for a job, and performing similar tasks can put a person at risk of serious injury. Additionally, because Ambien is a sedative, people with a history of substance abuse, mental illness, and mood disorders like depression may have these conditions triggered by taking this substance, even as prescribed.

If this drug is abused for a long time, in large amounts, or both, some of these effects may become permanent. Other long-term effects may occur, too. 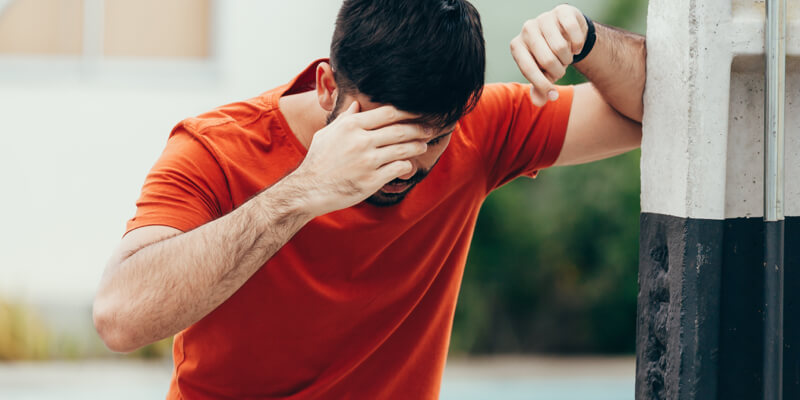 The primary long-term physical effect of taking Ambien consistently, even as prescribed, for more than two weeks is physical dependence and tolerance. The drug quickly loses its effectiveness as the brain becomes used to the presence of the sedative while the individual may begin to feel like they need Ambien to relax and get any rest. Typically, Ambien should only be taken for two nights in a row; if the person does not fall asleep with Ambien in their body, then they will need a different approach to treat their insomnia or further medical examination for additional underlying causes.

Taking Ambien longer than prescribed or at higher doses is a form of prescription drug misuse and abuse, which is incredibly dangerous. Not only can Ambien lead to dependence and tolerance, but it is possible to overdose on the sedative. If someone displays the following overdose symptoms, they need emergency medical attention, so call 911:

Other physical effects that may become long-term problems include:

Just as the physical effects of tolerance and dependence can occur rapidly, the psychological effects of addiction can take hold quickly. The National Institute on Drug Abuse (NIDA) defines addiction as the compulsive behaviors, drug-seeking, and cravings that occur when a person feels like they need intoxicating substances to feel normal or good. There are many addictive drugs, and although Ambien has not been shown scientifically to have addictive properties, thousands of anecdotal reports suggest that many people begin to abuse these substances for nonmedical reasons after receiving a short-term prescription. Difficulty stopping use of Ambien may be a sign that addiction has developed, especially if trying to quit leads to taking more than a prescription dose in response to cravings for the drug.

Parasomnias are incredibly dangerous. Walking down stairs in a bout of sleepwalking can lead to falls and serious injuries. Eating too much while asleep may cause choking in the short-term and can cause rapid weight gain, heart disease, and type 2 diabetes in the long-term. Driving while asleep is increasingly common as more people receive prescriptions for Ambien, and this leads to severe injuries, up to and including death, in addition to legal problems like arrests for Driving Under the Influence (DUI). Having sex while asleep may lead to contracting a sexually transmitted infection (STI), which may not be curable. These legal, physical, and financial problems all stem from a mental condition triggered by taking too much Ambien.

Tolerance, dependence, and compulsive behaviors can develop quickly, or they may take several weeks to form. This depends on each individual’s risk of addiction, their physician’s oversight, and if they have misused or abused prescriptions in the past.

If you or someone you love is struggling with the devastating side effects of addiction and are unsure of where to turn, call us today at . Desert Hope, American Addiction Centers’ Las Vegas addiction treatment center, is ready to help you get the treatment you need today.

For people who have abused Ambien specifically to get high or who cannot quit taking the drug after trying several times, working with addiction specialists can be essential. Medically supervised detox can ease one off a drug; for Ambien, withdrawal symptoms typically last 48 hours.

Following detox, a complete rehabilitation program is needed to recover from substance abuse. Therapy can help to change behaviors around substances like potent prescription drugs. Withdrawal symptoms from Ambien can mimic the mental conditions the drug treats, including nighttime anxiety and insomnia, so it may be difficult to stop taking this medication even if it was taken as prescribed. Getting medical help during this process is key.

ambiensleeping pills
Prefer getting help via text?
We're available 24/7 via text message. Signup below for access to our team when its convenient for you!
and many more...
✕
Instantly Check Your Insurance Coverage
Your information is safe & secure
At Desert Hope, we accept most types of private (non-government) insurance and offer a variety of payment options.
You can quickly and privately check your insurance benefits to see if you're covered for addiction treatment services. We’ll be able to tell you if your provider is in network with Desert Hope Treatment Center and all American Addiction Centers locations.
This means your treatment may be FREE1 depending on your policy, copay, and deductible.
Your Next StepsRecovery is possible. We're here to help with your addiction.