How Addictive Is Fentanyl? 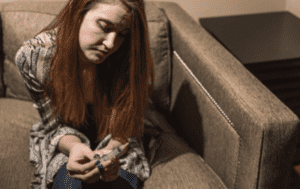 At the outset, it is critical to note that fentanyl is extremely addictive.

According to the National Institute on Drug Abuse, fentanyl was first created in a lab in 1959. Classified as a synthetic opioid, it was first used as an anesthetic but soon came to be used for the considerable pain relief it provides. Fentanyl is 50-100 times more powerful than morphine and 40-50 times more potent than heroin.

Fentanyl is still used as a medical treatment for the management of severe pain. The brand names of fentanyl include Sublimaze, Actiq, and Duragesic. The formats are lozenge, patch, and an injectable.

Fentanyl has become a drug of abuse and can be found for sale on the illicit drug market. The following are some of the known street names for this narcotic drug:

In some instances, individuals may be able to purchase pharmaceutically manufactured fentanyl. For instance, according to StreetRx, a person can buy a 100 mcg fentanyl pill for $10 in Georgia. Fake fentanyl is also for sale on the illicit market. Fake fentanyl is typically available in the following formats: on blotter paper, as a powder that is mixed with heroin, and as a tablet. Fake fentanyl can reportedly be swallowed, injected, snorted, or dissolved on the tongue (blotter paper format).

How Fentanyl Works in the Brain

Regarding the great addictiveness of fentanyl, as the National Institute on Drug Abuse explains, the more potent a drug, the quicker a person will become addicted. Fentanyl, like other euphoria-inducing drugs, has a direct impact on the brain’s reward system. Fentanyl can cause the brain to release dopamine in greater abundance than would typically occur. The reward system exists, in part, to motivate humans to engage in behavior that is pro-survival. For instance, eating triggers the reward system and can feel pleasurable, but it also stimulates a person to keep eating, and thereby keep surviving. In the case of fentanyl abuse, the person continues to experience a flood of dopamine.Research shows that the more dopamine is released, the faster the onset of the addiction can be. The person will need to take more and more fentanyl, over time, to overcome the brain’s attempt to correct the presence of excess dopamine. In short, drug addiction damages the brain’s ability to regulate dopamine. Drug addiction also motivates a person to stay addicted to drugs. This is a main reason why most addiction experts and government authorities, such as the National Institute on Drug Abuse and the National Institute on Alcoholism and Alcohol Abuse, strongly embrace the brain disease model of addiction.

Under this model, a person may initially make a decision to use drugs, but the person gets more than they likely expected when they become addicted. This individual may simply not be appreciating the true rate of addiction, which is especially significant when a drug is as potent as fentanyl. Even further, individuals who buy heroin on the street may not know that fentanyl is included. In this way, individuals may actually know how risky it is to take fentanyl, opt for heroin, and yet still end up with fentanyl in their bodies.

It bears noting that due to the potency of fentanyl and fake fentanyl, some individuals are severely injured or die from overdose before an addiction even has the opportunity to take hold. As Global News has reported, two women in Canada have joined forces with a permanently paralyzed man in order to spread the message that fentanyl abuse must be avoided at all costs. In separate incidents, Christian Schubert and Conner Clark lost their lives to fentanyl abuse. In Conner’s case, he took one pill and fatally overdosed. Their mothers bonded with each other over their family tragedies, and became dedicated to educating the public about the perils of fentanyl abuse. The mothers found out about Trez Anderson’s experience and approached him to work with them.

Trez Anderson was once a well-known skateboarder; however, Trez became addicted to drugs and eventually became homeless. Trez purchased a street drug that contained fentanyl and used the drug in a basement. He soon felt paralyzed below the waist, and he remained in the basement without help for two days. When help did arrive, Trez had already become paralyzed from the neck down. The two mothers and Trez now go to schools to talk about their stories. They believe that Trez’s story, since he is wheelchair-bound and must live in a long-term care facility, will drive home to their audiences that no amount of fentanyl use is safe.

The potency of fentanyl provides a very strong case for anyone who takes this drug to seek help from a qualified rehab center. But a person need not have started taking to fentanyl to be at risk. Again, fentanyl is sometimes mixed with heroin. In this way, a person who is abusing heroin faces an ongoing risk of being exposed to fentanyl.

There is another class of individuals that may not yet have encountered fentanyl but may be on the path to doing so. Research suggests a link between prescription opioid abuse and heroin abuse. It appears that as controls tighten on opioids, individuals migrate over to heroin use.

Through opioid abuse, and then heroin abuse, these individuals may potentially find themselves using fentanyl, knowingly or unknowingly. The good news is that help is available. Rehab services can help a person to effectively end an addiction to fentanyl, heroin, opioids, and any drug of abuse.