What Are the Long-Term Effects of Using Psychedelic Mushrooms?

Although psilocybin, shrooms, magic mushrooms, and psychedelic mushrooms are common terms referring to the same group of hallucinogenic fungi, there are more than 75 known species containing psilocybin or psilocin, the chemicals that trigger hallucinations and euphoria in people who ingest these mushroom species. Mushrooms with hallucinogenic properties have been used for religious rituals and recreation for thousands of years, but only in the last few decades have scientists started to understand the impact these substances can have on the human body.

How Long Do the Effects of Mushrooms Last?

Psychedelic mushrooms take effect within 20 minutes after they’ve been ingested. They can be eaten alone or consumed with other food, or they may be brewed like tea and drank.

Their effects can last for up to 6 hours – long enough for intense changes to body and brain chemistry to have harmful effects that can lead to chronic health conditions.

Most of psilocybin’s physical effects are short-term, but in people with pre-existing conditions, these effects may become harmful. Short-term effects include:

Changes to heart rate and blood pressure can trigger heart attacks, strokes, or pulmonary embolisms in people who have underlying heart conditions. If a person abuses psilocybin or psilocin mushrooms often enough, they may cause a heart problem that did not exist before. Other drugs, like cocaine or amphetamines, can induce heart damage because they also increase heartbeat and blood pressure, and when they’re frequently abused, these changes can cause heart failure.

Breathing changes from magic mushrooms may also lead to lung failure. If a person survives this, oxygen deprivation may cause lasting brain or muscle damage, requiring lifestyle changes due to a new disability.

Changes to judgment, understanding of reality, muscle control, and physical coordination can all cause a person to suffer a harmful accident. Brain trauma, broken bones, or damage to other organs of the body can lead to permanent disability.

One long-lasting physical effect from abusing magic mushrooms is cross-tolerance. These drugs work on the brain in the same way as some other psychedelic drugs, including LSD and marijuana, so someone who abuses a lot of shrooms will experience a high tolerance to related substances. It is possible that other drugs may be associated with cross-tolerance, like anesthesia, which could make future medical care complicated.

There are few anecdotal reports suggesting that shrooms are addictive or lead to physical dependence. The tolerance to several related substances may lead to future issues with substance abuse or pharmacological treatments for mental or physical disorders.

The Psychological Impact of Psychedelic Mushrooms 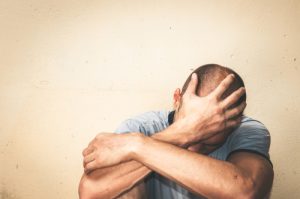 The main effects of shrooms are psychological, often associated with literally expanding consciousness. However, the dramatic changes to brain state and neuron interactions can trigger long-lasting and even chronic effects. One of the most frightening effects is intense panic and paranoia. People who abuse mushrooms may experience a panic attack, feel like they are being watched, or have a break from reality that leads them to display psychotic symptoms. They may harm themselves or others with violent outbursts. They may end up in the hospital with lasting damage from accidental harm during a psychotic episode.

Psychosis induced by psilocybin is very similar to symptoms of schizophrenia, and someone who is at risk for developing schizophrenia may trigger this mental condition by abusing psychedelic drugs. The intense changes to brain chemistry may make some conditions like anxiety or bipolar disorders worse; however, magic mushrooms have been associated, in some very small medical studies, with reduced depression. Persistent psychosis is characterized by:

Like other hallucinogens, especially LSD, shrooms can cause flashbacks, even after one use. Flashbacks may be mild experiences, including changing lights or colors, or they could involve intense panic, dissociation, and even hallucinations. While they last only a minute or two, they can be very disruptive.

Even though mushrooms have been tagged as a potential cure for depression, the changes to brain chemistry can trigger depression or make it worse for some people. Evidence for both relieved and worsened depression is largely anecdotal. Changes to judgment, learning, and memory can make people feel bad about themselves and their changed abilities, and this lowered self-esteem may be associated with increased depression.

If you or someone you love is struggling with the devastating side effects of addiction and are unsure of where to turn, call us today at . Desert Hope, American Addiction Centers’ rehab center near Las Vegas strip, is ready to help you get the treatment you need today.

The Progression of Chronic Health Effects from Psychedelic Mushrooms

Changes to the body occur slowly without an underlying health condition. Exposure to substances that cause high blood pressure over time will lead to chronic high blood pressure, for example. However, this can take months or even years to induce.

Mental state changes, however, may occur after just one instance of abusing magic mushrooms, or they may never occur. The emotional and psychological changes associated with psilocybin are unpredictable, which is part of what makes this drug dangerous. 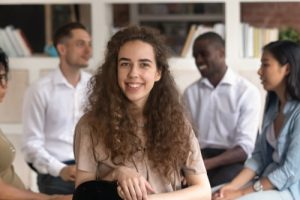 In many cases, people who abuse psilocin or psilocybin also abuse other substances, so they need comprehensive treatment for polydrug abuse. This requires medical oversight to safely detox from multiple substances followed by therapy in an evidence-based rehabilitation program.

However, even abusing magic mushrooms alone may indicate a problem with addiction. Fortunately, addiction specialists understand how to manage detox and rehabilitation to increase each individual’s chances of long-term sobriety.

hallucinogens
Prefer getting help via text?
We're available 24/7 via text message. Signup below for access to our team when its convenient for you!
and many more...
Your Next StepsDon't gamble on your addiction.