What Is Psychotic Depression? 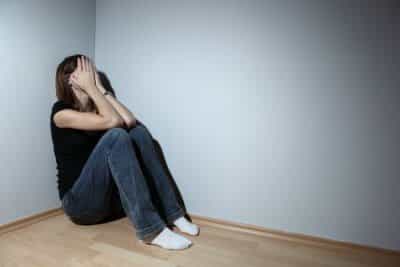 Because major depressive disorder is a mental health disorder, it has formal diagnostic criteria that must be met in order for the presence of the disorder to be recognized, and only licensed mental health professionals can diagnose MDD in anyone. MDD is not the same thing as being sad or down as a result of events that occur in life. MDD represents a formal mental health disorder that must be present for a specific period of time (at least two weeks) and must result in significant distress, dysfunction, and/or impairment in the person’s life. Suffering from normal variations in mood based on life’s circumstances is not sufficient in most cases to result in the diagnosis of a mental health disorder, such as major depressive disorder.

The Diagnosis of Major Depressive Disorder

The American Psychiatric Association lists the formal diagnostic criteria for depressive disorders. The diagnosis of major depressive disorder requires that an individual must meet five or more specific symptoms in the same two-week period, and the presence of the symptoms must represent a change in the individual’s previous functioning. At least one of the symptoms must either be the presence of depressed mood or a loss of interest or pleasure. In general, the symptoms for a diagnosis of MDD are:

The symptoms that the individual displays must not be due to some other mental health disorder, the result of the use of some medication or drug, or be associated with some medical condition (e.g., a stroke, hypothyroidism, etc.) in order for a diagnosis of MDD to be met.

The depression that occurs with psychotic disorders is not considered to be a form of psychotic depression or MDD. Bipolar disorder is a separate disorder from all manifestations of MDD. Some other issues that often occur in individuals diagnosed with MDD with psychotic features include:

Causes of MDD with Psychotic Features

According to APA, approximately 15-19 percent of individuals diagnosed with depression display some form of psychotic features. Major depressive disorder is the second most commonly diagnosed mental health disorder and has a prevalence of approximately 16 percent in the general population. 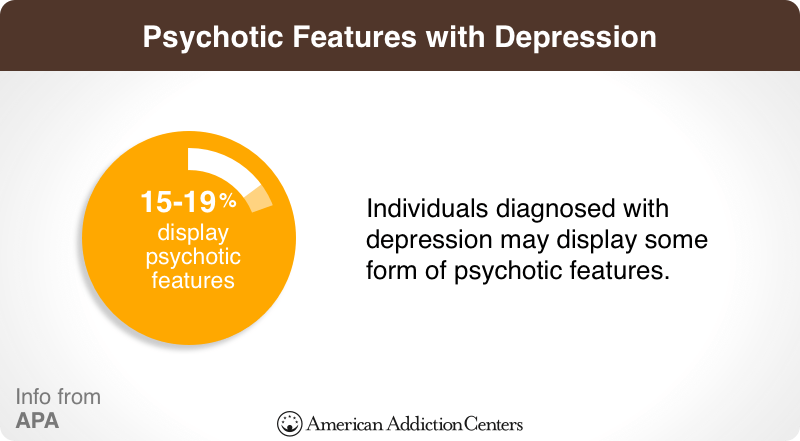 When attempting to understand factors associated with the development of any form of depression, researchers are left with the task of identifying specific risk factors that are associated with an increased probability of developing the disorder. A risk factor represents a condition or situation that, when present, increases the risk or probability that an individual will develop some disorder; however, risk factors are not causes, such that having one or more risk factors does not cause one to develop MDD with psychotic features. Instead, risk factors may increase the likelihood that one may develop a disorder.

Risk factors associated with MDD include:

Individuals who are diagnosed with MDD are also at increased risk to be diagnosed with a substance use disorder. The researchconcludes that, in general, approximately one-third of individuals who have a formal diagnosis of MDD also will have a co-occurring substance use disorder. Any potential substance of abuse could be linked to an individual who suffers from MDD and MDD with psychotic features (psychotic depression).

The most common drug of abuse in individuals with major depressive disorder is alcohol. Other commonly abused drugs by individuals with MDD and MDD with psychotic features are prescription medications (most often narcotic medications or benzodiazepines), cannabis products, and various forms of cocaine.

The relationship between having a diagnosis of MDD and a co-occurring substance use disorder is often hard to disentangle. Some individuals may have had issues with substance abuse before developing significant depressive issues, whereas others may begin using drugs or alcohol after experiencing significant issues with depression. Major organizations, such as APA, suggest that the specific factors that make one vulnerable to any type of mental health disorder, such as major depression or substance abuse, also increase one’s vulnerability to developing other mental health disorders. This is most likely why there are so many individuals diagnosed with one or more co-occurring mental health disorders.

Treatment of MDD with psychotic features often consists of initial inpatient treatment due to increased risk for potential self-harm as a result of suicidal behaviors or poor judgment. Often, medications become the frontline treatment for individuals with MDD with psychotic features, as a person who is actively psychotic is often not responsive to psychotherapy initially. Typically, individuals are treated with a combination of antidepressant medications and antipsychotic medications; however, due to the nature of the mechanism of action of these medications, it may take weeks or even months before significant results are achieved. Incorporating functional psychotherapy into the program may help to facilitate treatment. Some potential antipsychotic medications that may be used include:

In people who have MDD with psychotic features that are resistant to traditional treatments, the use of electroconvulsive therapy (ECT) may be used. This technique is not as painful or dangerous as is often depicted in the media, and it does have some research effectiveness to suggest that it can be useful in the treatment of depression that does not respond to other forms of treatment. The mechanism of action of ECT is not formally identified; however, it is believed that ECT treatment results in the release of neural transmitters in the central nervous system that helps to normalize issues with an individual’s mood. There are some potential side effects that may occur, including issues with memory, and the use of ECT is often only considered when all other approaches to treatment have not been successful.