Trick-or-Treat, Then Check: Is Tampered Candy a Halloween Hoax?

We’ve heard for a long time that parents need to check their kid’s Halloween candy. When did this start? Plus, with many Halloween activities resuming after the pandemic hiatus, does this year bring new threats, or are we overreacting?

If you were raised in America in the past 40 years, you may have memories of your parents checking your candy after a night of trick-or-treating in your neighborhood. The paranoia surrounding tainted candy spiked in the early 1980s as a response to the high-profile (and still unsolved) Tylenol poisonings in stores.1

Is this public paranoia justified? Do parents need to worry about their children’s Halloween candy? The answer is, not always.

In conclusion, there is little to no evidence to support tampered-with treats.4 In fact Joel Best, sociologist and criminal justice professor at the University of Delaware, stated that injury or death from contaminated candy received while trick-or-treating is “a contemporary legend, and that’s all it is.”Out of the 200 confirmed cases of candy tampering in the United States in Canada since 1958, the vast majority turned out to be just hoaxes. 4

Another scary story circling the news recently has many parents fearful of illicit fentanyl dubbed “rainbow fentanyl” hiding in Halloween candy. Fentanyl is a synthetic opioid 100 times more potent than morphine and 50 times more potent than heroin. It is extremely deadly and has been connected to 66% of the over 107,000 drug overdose deaths in America in 2021. 5

The name “rainbow fentanyl” is referring to the brightly colored fentanyl pills and powder that DEA Administrator Anne Milgram says is to “drive addiction amongst kids and young adults.” Los Angeles International Airport recently discovered 12,000 fentanyl pills in packaging disguised as candy boxes which added fuel to the Halloween fear. 5

However, some argue it is absurd to assume that drug traffickers would “give away jumbo candy-sized boxes of expensive and powerful drugs to children.” One Twitter user went as far as to comment that “the dollar value of that box of Whoppers filled with fentanyl tablets is more than the salary of the poor anonymous staffer” ABC-7 got to write their article on fentanyl-related Halloween candy warnings. 6

Although fentanyl is not being put into Halloween candy, it is being put into virtually every other drug as a filler. It is nearly impossible to detect if drugs have been laced with fentanyl without testing strips as you cannot see it, smell it, or taste it.7 The DEA has recently launched a One Pill Can Kill Public Awareness Campaign to educate the public on the dangers of fentanyl. 6

All spooky legends aside, Halloween (specifically Halloween night) does pose real dangers including drunk driving and fatalities involving drunk or under-the-influence drivers. Las Vegas, Nevada ranked 1st in DUI arrests per 100,000 residents in a list of the 10 worst cities for drunk driving. 8

As one report put it, “drunk drivers are a real Halloween terror,” and we couldn’t agree more. Even one alcoholic beverage could be one too many for some drivers, Halloween or not. 9

Desert Hope Treatment Center offers drug and alcohol addiction treatment in Las Vegas, Nevada. If you suspect you or a loved one might have an alcohol or drug addiction, reach out to Desert Hope’s admissions navigators available 24/7 at to find out how to start treatment and get help today. 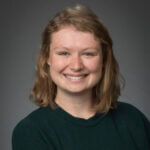 family & loved onesfentanylopiatetreatment
Prefer getting help via text?
We're available 24/7 via text message. Signup below for access to our team when its convenient for you!
and many more...
Get the Info & Help You NeedBrowse 100s of informative articles.