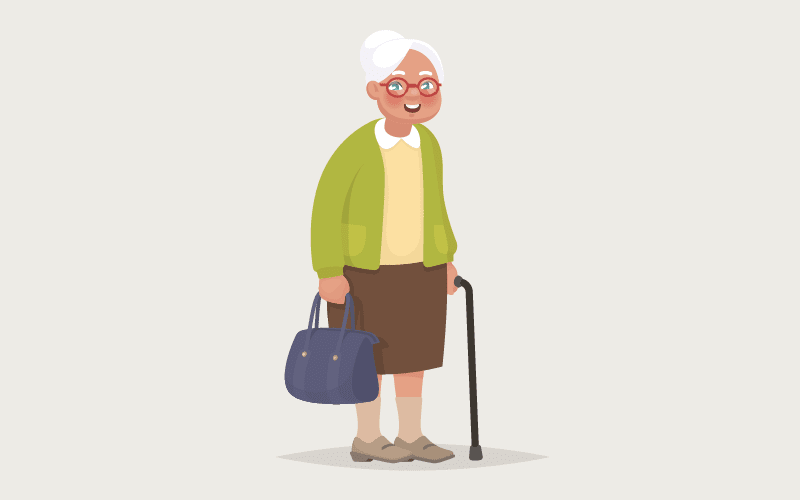 For all those who have preconceived notions of what a drug smuggler looks like, here is a story that blows all stereotypes out of the water.

An older woman, aged 63, who has the look of a mild-mannered grandmother was recently arrested for smuggling a reported $500 million worth of cocaine out of Las Vegas and into Detroit.

According to reports by the Drug Enforcement Administration (DEA), the woman spent “a very long period of time” looking at luggage tags at the luggage carousel in the airport in Detroit after arriving from Las Vegas, as if she did not own any of the bags. After she finally picked up two suitcases, DEA agents followed her as she got into a cab and went to a hotel where she did not check in but sat waiting for a couple of hours. She eventually took the suitcases and got into someone’s car, at which point, DEA agents asked Michigan State troopers to perform a traffic stop using drug-sniffing dogs who alerted the troopers to the presence of drugs in the car.

Upon searching, DEA agents found one large, plastic-wrapped package in each suitcase. One held eight 1-kilogram packages of what is believed to be cocaine, and the other held nine such packages.

The woman was arrested on charges of possession with the intent to distribute cocaine. This was far from her first arrest, however. Shoplifting, theft, failure to appear in court, drug possession, and drug sales were among charges she has racked up over the last 30+ years. Prosecutors argued that imprisonment was the most reasonable choice given her long criminal history and her age. The judge agreed, although her defense attorney blamed her ongoing issues on a long struggle with schizophrenia and bipolar disorder, and said that she requires mental health treatment rather than a prison sentence.

It is not clear whether or not the woman above struggled with substance abuse in addition to bipolar disorder and schizophrenia, but it is an exceedingly common problem among Americans. The Substance Abuse and Mental Health Services Administration (SAMHSA) reported in the 2014 National Survey on Drug Use and Health (NSDUH) that more than 18 percent of Americans over the age of 18 have experienced some kind of mental health issue and that almost 8.5 percent were living with a substance use disorder in the past year. Of the 20.2 million American adults struggling with substance use issues, about 7.9 million were also living with a mental health disorder.

Ultimately, when a mental health disorder is the core of the problem, treatment is the best option. Prison will do little to help the person heal and grow as an individual and learn better coping skills to apply in life. Avoiding a repeat of the criminal behavior is a priority, and that is best achieved when the individual is supported with everything necessary to address underlying mental health and substance abuse issues while repaying their “debt to society.”

Though some prisons offer 12-Step meetings and some level of mental health treatment, they are notoriously overcrowded, underfunded, and understaffed. They simply do not have the resources to effectively treat the mass of individuals who require intensive and personalized care, and they certainly have no structure in place to ensure that people continue to have the mental healthcare they need to stay strong in recovery after their release.

Comparatively, a treatment program offers intensive and inventive mental health and substance abuse treatment. Clients have access to the level of care they need as they need it. In the beginning, more intensive therapeutic intervention and medical care may be needed, but over time, a less intensive therapy schedule may be more appropriate as the individual begins the process of transitioning into independent living. For months, if not years, the client can continue to access ongoing mental healthcare and connect with a sober community that promotes ongoing growth in recovery.

What does your loved one need to grow and heal from addiction and/or mental health issues?