How Do People Get Khat?

Khat is a stimulant that occurs in the plant Catha edulis, which is an evergreen shrub that grows in small trees or bushes. The plant is grown mostly in East Africa, Yemen, and other Middle Eastern countries; however, the plant is very robust and can be grown under a number of conditions. People chew the leaves, make the leaves or other parts of the plant into a tea, or make them into a paste.

Khat and Its Effects

Where khat is indigenous, the majority of individuals who use this substance chew it. It is very rarely used in the tea and even more rarely smoked. The person using khat typically fills their mouth with leaves and stalks, chews them slowly to extract the juice, and then swallows the juice. The material is chewed into a ball, much in the way that tobacco is chewed here in the United States. Chewing khat is typically a social activity in areas where the plan is indigenous.

The substance also has significant cultural uses in these areas, such as being used at weddings or religious ceremonies. The psychoactive substances in khat have stimulant- or amphetamine-like effects, and the substance is typically used to increase work capacity, improve performance, or stay awake or alert.

Khat contains well over 40 different substances, including alkaloids, amino acids, minerals, vitamins, and others. It appears that the environment in which the shrub is grown has some effect on the specific chemical profile of the leaves.  The psychoactive compounds of note found in khat consist of amphetamine-like substances. These two substances, cathinone (?-keto-amphetamine) and cathine (d-norpseudoephedrine), are classified differently by the United States government).

Cathinone is a Schedule I substance, according to the DEA, whereas cathine is a Schedule IV controlled substance. This produces a rather sticky situation because Schedule I substances are illegal to possess by individuals in the United States and deemed to have no medicinal use by the DEA. A Schedule IV substance can be obtained by individuals legally if they have a prescription from a physician. Because khat leaves contain an illegal controlled substance, the possession of them constitutes a crime.

The effects of using khat are reported as:

>Who Uses the Drug and How Do They Get It? 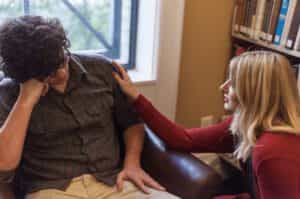 Most sources, such as the DEA and the United States Justice Department, report that khat use in the United States primarily occurs in immigrant groups, particularly those who come from where the drug is indigenous. The largest concentrations of use of this drug occur in cities with significant immigrant populations from the Middle East and Africa (e.g., cities like New York, Detroit, Los Angeles, etc.). These individuals most likely obtain the drug as a result of illegal shipments from countries where it is indigenous and grown freely.

For example, a very large global khat trafficking group that imported the drug into New York made headlines in 2014 after they were arrested. A similar arrest was made in California around the same time and involved seizures of illegally imported khat plants. A number of individuals may obtain khat from illegal smugglers and dealers in the same way that marijuana was once smuggled into the country. The DEA also lists a number of illegal shipments that were seized and even small amounts of the drug seized in the mail in recent years. Despite these seizures, khat use still remains relatively obscure outside of certain immigrant populations in United States.

There are also a number of sites that report offering the sale of khat or instructions on how to grow the drug. It is unclear if the drug is being grown in significant quantities in the United States; however, given the popularity of marijuana and its farming in the United States, it is almost certain that khat could also be successfully grown in this country on both a large and small basis.

A number of sites advertise khat seeds and growing instructions. Given the hardiness of the plant and its ability to endure a number of different environmental conditions, it is almost certain that a number of private individuals are growing it.  These sites report that the seeds are legal to sell, but not the plant. There seems to be some confusion on this issue, but whether or not it is legal to purchase the seeds, anyone who grows or owns khat plants in the United States is breaking the law and subject to prosecution.

There is no formal treatment protocol for khat abuse, and there are no medications designed to specifically treat the symptoms of khat abuse or any potential withdrawal symptoms to the drug. Treatment would most likely follow the protocol used for treating individuals who have stimulant use disorders, such as addiction to cocaine, amphetamines, methamphetamine, etc.

Drugs that would most likely have utility in the treatment of a stimulant use disorders as result of khat abuse would be drugs like benzodiazepines to control physical symptoms of withdrawal, mild stimulants such as Provigil to address the lethargy and sleepiness that typically occurs when individuals discontinue use of stimulant drugs, and other medications to control cravings.  The use of behavioral interventions, including therapy and social support group involvement, would also be an important part of the recovery process.

The therapy involved in treating an individual with a stimulant use disorders as result of khat abuse would have to consider the cultural background of the individual along with other factors in order to make treatment successful. Individuals from populations that typically use khat often have a different outlook regarding substance abuse. It is important to take these cultural differences into consideration if they are present.

Despite any cultural differences, the most successful approach to recovery from any substance use disorder involves engaging in abstinence from the specific drug of abuse and other potential drugs of abuse. In circumstances where an individual has a significantly different cultural viewpoint, the approach to recommending abstinence would have to be done in a culturally sensitive manner. This would involve getting the individual’s friends, family members, and even spiritual leaders to also participate in the overall treatment program for the person. This could mean using family therapy and group therapy interspersed with psychoeducation in order to produce a culturally sensitive approach that would be effective.

khatstimulants
Prefer getting help via text?
We're available 24/7 via text message. Signup below for access to our team when its convenient for you!
and many more...
✕
Instantly Check Your Insurance Coverage
Your information is safe & secure
At Desert Hope, we accept most types of private (non-government) insurance and offer a variety of payment options.
You can quickly and privately check your insurance benefits to see if you're covered for addiction treatment services. We’ll be able to tell you if your provider is in network with Desert Hope Treatment Center and all American Addiction Centers locations.
This means your treatment may be FREE1 depending on your policy, copay, and deductible.
Your Next StepsDon't gamble on your addiction.