What are the Signs of Gabapentin Abuse? 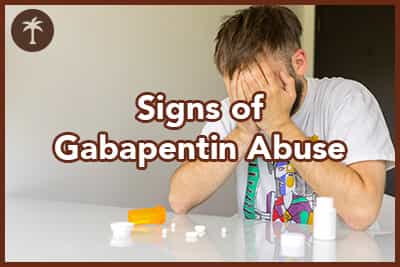 In December 2016, the Ohio Board of Pharmacy noted that prescriptions for gabapentin (sold as Neurontin) had been prescribed more frequently than the 9 million prescriptions for oxycodone, one of the key painkillers behind the opioid crisis. Nationally, gabapentin is the fifth most prescribed drug, leading many to wonder if the drug is safe to take, when it is not safe to take, and what the signs of gabapentin abuse are.

Gabapentin is most commonly used in the treatment of epileptic seizures and neuropathic pain (pain that results from nerve damage) as well as for hot flashes and restless leg syndrome. Neurontin was formulated in 1993, and the generic version was released as recently as 2004. The Cochrane Database of Systematic Reviews noted that about 15 percent of people who used gabapentin for diabetic neuropathy and postherpetic neuralgia observed a “meaningful benefit.”

Gabapentin appears to work with the GABA neurotransmitter, a chemical messenger in the brain that plays a role with calming electrical activity in the central nervous system. People who are born with brains that cannot produce enough GABA struggle with anxiety and panic attacks, and other prescription drugs (benzodiazepines like Valium) increase the production of GABA so patients feel sedated. Despite gabapentin’s effects on GABA, it does not have the same powerful effect on neurotransmitters as benzodiazepines or opioids. As a result, gabapentin is not usually held up as a drug of abuse, and the Drug Enforcement Administration has not placed gabapentin on its list of controlled substances.

Nonetheless, gabapentin has certain properties that make it similar to typical drugs of abuse. Drug experts fear that not much is known about the medication because it is so recent, and the effects of using gabapentin for a long time, or in high doses, are still mostly unknown.

The British Journal of General Practice reports that gabapentin works as a simple tranquilizer, giving some users a very strongly peaceful and happy sensation that is not dissimilar to the feeling produced by marijuana. Other users report feeling more sociable than normal, possibly as a result of increased GABA production in the brain. This has created a space for gabapentin to be abused recreationally, most often by people combining drugs in order to draw out the most desirable effects of the respective substances being abused. Since gabapentin does offer mildly tranquilizing effects, it is also occasionally used to mitigate the stimulant effects of substances like cocaine or methamphetamine, and to reduce the distressing withdrawal symptoms of alcohol abuse.

In 2014, the CNS Drugs journal noted that therapeutic doses of gabapentin “present with low addictive liability levels,” but people who are inclined to abuse prescription medication might abuse gabapentin for its mildly sedative effects and even out of a misperception that the gabapentin is a substitute for commonly used illegal drugs. For this reason, the researchers writing in the journal noted that there appears to be a growing black market for illegal gabapentin trade, but this is primarily anecdotal and has not been verified by law enforcement.

However, there have been more established reports that improperly discontinuing gabapentin causes withdrawal symptoms. There is further concern that the chemically induced satisfaction of gabapentin could create a psychological dependence in users, especially in cases where the gabapentin is being abused with other drugs. This suggests that even though the abuse potential for gabapentin itself is low, treating gabapentin abuse and addiction could be made more difficult because of the presence of other drugs in a person’s system. As with any other drug, however, recovery is always possible.

In the general population, gabapentin abuse presents itself in the form of people taking gabapentin without having received a prescription.

The issue of gabapentin abuse was first raised in 2004 by the American Journal on Addictions, where a survey of patients in a correctional facility in Florida revealed that 80 percent of the inmates who accepted gabapentin prescriptions were not actually prescribed the drug. Five of the inmates said they crushed pills to snort the powder, creating a high that was similar to that of cocaine. All responding inmates had a history of cocaine abuse. As a result of the findings, a number of correctional institutions removed gabapentin from their pharmacies, deciding that the medication was no longer acceptable to dispense to inmates.

In 2014, the European Addiction Research journal reported that 22 percent of patients in a population of 129 participants said they took gabapentin for the purpose of chemical intoxication, specifically with the idea that they could increase the narcotic effects of methadone. Even before then, police in Scotland reported that people were using gabapentin to “cut” heroin, increasing the likelihood of an otherwise unremarkable medication becoming a drug of abuse.

Because gabapentin (and its brand name equivalent) is still unregulated and relatively unknown compared to more infamous medications like Vicodin or Valium, there is a concern that the black market trade and illegal use of the drug will continue to the point where its abuse becomes an epidemic in and of itself. This could reach the point where it will have to be subject to the same strict regulations as some opioid-based painkillers.

The potential for gabapentin abuse is relatively low, but it is nonetheless possible, and there are definite and visible signs for when the medication is being taken improperly. Side effects that might suggest possible gabapentin abuse include:

If signs like these cannot be explained by proper gabapentin consumption (for example, with a prescription) or by the presence of other drugs or health conditions, then there is a possibility that the person experiencing these symptoms is abusing gabapentin.

On the other hand, a person who takes gabapentin with a prescription will likely experience some of these effects and not to their fullest extent. Many factors will have to be taken into consideration to determine whether the unintended results of gabapentin consumption are the result of abuse or simply the body reacting to the drug in somewhat unpleasant ways. As with any other kind of medication, there may be a temptation to indulge in it, especially if the initial consumption proves effective at relieving the symptoms for which it was prescribed. The more gabapentin is taken, the more the unwanted effects. If a user persists with increased consumption, even in light of some of the symptoms mentioned above, then this is a sign of abuse.

However, a legitimate addiction and psychological dependence on gabapentin/Neurontin will bring with it a number of behavioral changes, where a user will behave in uncharacteristic, unethical, and even illegal ways to obtain more gabapentin (and prescriptions thereof) than is necessary (or medically advisable). Such signs include:

All these behavioral signs strongly point to gabapentin abuse. One of the biggest such signs is that when a person who is psychologically dependent on gabapentin goes without the medication for a period of time (either through an attempt at stopping or because there is no more to take), the person goes through uncomfortable and distressing withdrawal symptoms. 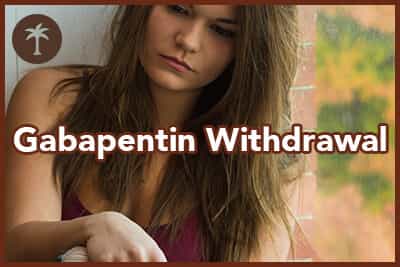 Withdrawal occurs if a person develops tolerance for the drug; that is, the brain adapts to the rising levels of gabapentin to the point where more and more of the drug is needed to feel the same basic effects. Patients are generally unaware of this mechanism, especially if they feel the compulsion to take more of the drug; as they do, their brains become more dependent on gabapentin for mood regulation and pain control. Taking the medication away leaves the brain unable to produce its own neurotransmitters to manage mood and the response to pain because the gabapentin suppressed natural neurotransmitter production for a significant period of time.

A patient taking a normal gabapentin or Neurontin prescription should not experience any ill effects when the medication is discontinued (or tapered off), or if effects are experienced, they should be mild and short-lasting. However, a person abusing gabapentin is in danger of going through a longer and more difficult process of withdrawal, where the brain reacts adversely to the lack of the gabapentin upon which it had been relying. Such symptoms include:

A person who demonstrates some of these signs if they try to stop gabapentin intake is likely abusing the medication. Generally speaking, the higher the dose of gabapentin, the more strenuous the withdrawal will be. Since the potential for gabapentin abuse is low, its withdrawal symptoms are not as dangerous as those experienced in alcohol or opioid abuse; however, they are nonetheless stressful, and this can compel people to increase their gabapentin intake or substitute gabapentin for another drug. Neither option is advisable. Withdrawal is a complex medical process, and increasing drug intake without medical supervision can cause a deep dependence on the new drug even with the intention of quitting the original substance.

It may be necessary to temporarily go back on gabapentin/Neurontin until the person is stabilized, at which point a more careful weaning process can be started to end use of gabapentin. Going “cold turkey” is risky and sometimes even dangerous (e.g., for those who have pre-existing mental health or medical conditions), and abruptly quitting gabapentin should not be attempted. 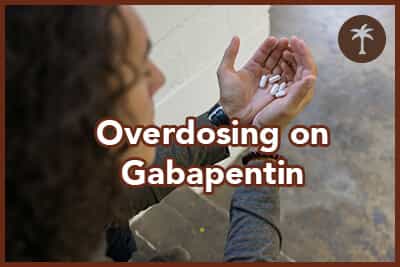 There is a small risk of overdosing on gabapentin if the medication is taken by itself. This risk increases significantly if gabapentin is mixed with other substances, especially alcohol or opioids. Since gabapentin is most often abused as a cutting agent for heroin, this places most of the danger on heroin, and the reactions with high gabapentin doses can cause overdose symptoms that range from a loss of balance and double vision, to fluctuations in heart rate and blood pressure, to respiratory depression. A person displaying these signs is in serious danger of overdosing on the mix of gabapentin and heroin (or another substance), and medical intervention should be sought immediately.

Whether in its brand-name or generic formulation, gabapentin is, in and of itself, not a very dangerous drug. By its nature as a drug, it changes how the brain works. Usually, this is for purely therapeutic purposes, but it does open the door to abusing gabapentin on its own or combining it with other substances to maximize desired effects. Recognizing the signs of gabapentin abuse will go a long way in ensuring that a person’s legitimate need for the medication does not become the start of an addiction.

gabapentinsedativessubstance abuse symptoms
Ready to get started?
We're available 24/7 to answer questions and help you make decisions about starting recovery from drug use.
Your Next StepsRecovery is possible. We're here to help with your addiction.