How Long Does Suboxone Withdrawal Last?

Suboxone is a medication that is often used in the treatment of opioid addiction. It is a combination of buprenorphine, a long-acting opioid, and naloxone, an opioid antagonist. Even though it is meant to treat opioid addiction and prevent further opioid abuse, Suboxone does still contain an opioid agonist in buprenorphine and therefore still has a potential for misuse and abuse. The Courier-Journal reports that Suboxone may even be a primary drug of abuse for many people.

Naloxone is designed to work by blocking opioid receptors in the brain when Suboxone is altered and misused, to keep opioid agonists like buprenorphine from activating the receptors to create the desired high. Activating the naloxone portion of Suboxone can also precipitate difficult opioid withdrawal symptoms.

Withdrawal symptoms occur when a person is physically dependent on a drug and they stop taking it. Physical dependence causes a person’s brain to rely on the drug to keep a stable chemical balance. 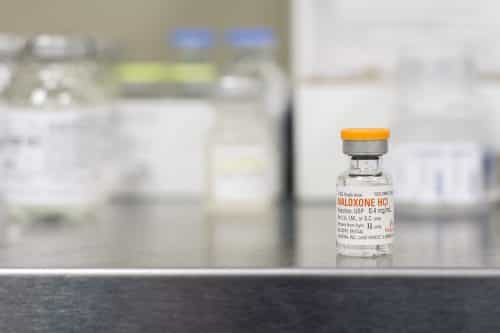 Levels of chemical messengers, such as dopamine which is involved in feelings of pleasure, are impacted by opioid use. With regular use, the brain will become unable to keep its normal chemical levels regulated. It will instead expect the drug to do so. As the drug processes out of the bloodstream, levels of dopamine can then drop, and it can take the brain time to learn how to regulate these levels on its own without influence of an opioid.

While dopamine levels are low, withdrawal symptoms can occur, and they can be difficult, both emotionally and physically. Physically, Suboxone withdrawal is like a bad case of the flu, including chills, excessive sweating, insomnia, nausea, stomach cramps, muscle aches, runny nose, watery eyes, irregular heart rate, and a suppressed appetite. Depression, anxiety, agitation, difficulty focusing and cloudy thoughts, yawning, dilated pupils, and drug cravings are further side effects of Suboxone withdrawal.
Suboxone is not a medication that is recommended to stop suddenly, or “cold turkey,” because of the potential severity of the withdrawal symptoms. Instead, the drug is often weaned off slowly. The entire withdrawal process can be managed through medical detox and with professional care.

Worried about your Suboxone use? Take our free and confidential addiction assessment today.

The buprenorphine contained in Suboxone is considered to be a long-acting opioid drug which means that it stays active in the bloodstream longer than many other opioids. Buprenorphine has a long half-life of 24–60 hours, which means that withdrawal symptoms will typically not begin until 1–3 days after taking the last dose.

The Pharmacy Times publishes that buprenorphine is a partial opioid agonist as well, meaning that it doesn’t completely trigger the opioid receptors the same way that full agonists will, which may lower the intensity of the withdrawal symptoms. Suboxone withdrawal is not generally considered to be life-threatening; however, it can still be uncomfortable.

A general taper drops the dosage of Suboxone down by a tolerable percentage each day until the medication is completely weaned off. As indicated by studies published in the journal Addiction, an opioid taper using Suboxone can be done in seven-day period wherein the dosage is lowered by 4 milligrams each day. The initial stabilization dosage depends on the level of opioid dependence a person is struggling with.

A medical professional can set up a tapering off schedule that is safe and optimal, as each individual is different. Things like biological makeup, genetic factors, significance of drug dependency, level of support at home, and the presence of co-occurring medical and/or mental health disorders all play a role in the intensity and duration of withdrawal, and should be considered during treatment.

A medical detox program can help to manage withdrawal symptoms related to stopping Suboxone use. Typically, medical detox programs last 5–7 days on average and involve around-the-clock medical monitoring in a controlled environment. Vital signs and mental state can be constantly monitored, and each individual’s safety and comfort can be attended to 24/7 during detox.

While Suboxone is often used during addiction treatment to maintain abstinence during recovery, a different form of buprenorphine product that does not contain an opioid agonist may be used during the initial detox period. The naloxone component of Suboxone can precipitate withdrawal symptoms if the drug is altered and misused.

Buprenorphine transmucosal products may be used during Suboxone detox. Methadone, a long-acting full opioid agonist, is also used during opioid detox, although as a full agonist, it does have a higher potential for abuse itself.

Opioid cravings during detox are commonly managed with the use of a long-acting opioid agonist, such as buprenorphine or methadone. These medications are then slowly tapered off to minimize instances of relapse.

Relapse after a period of abstinence is particularly risky, as it can raise the odds of a life-threatening overdose. Opioid overdoses are at epidemic levels in the United States, as the National Institute on Drug Abuse (NIDA) reports that over 115 Americans die from an opioid overdose every day.

Other medications may be helpful during Suboxone withdrawal to target specific symptoms.

Other medications may be used off-label to minimize withdrawal symptoms. Opioid drugs like Suboxone interfere with regular functioning of the central nervous system. Heart rate, blood pressure, body temperature, and respiration rates are all impacted by Suboxone use and abuse. Due to this, drugs that help to regulate blood pressure, such as clonidine, can be beneficial during Suboxone withdrawal in helping to regulate functions of the central nervous system. The journal Practical Pain Management publishes that alpha-2-agonists, such as clonidine, may also serve to minimize opioid drug cravings when administered during detox and withdrawal.

Medical detox can provide the optimal location, level of care, support, and management of Suboxone withdrawal symptoms to prepare a person up for a comprehensive addiction treatment program. Suboxone withdrawal will not be exactly the same from person to person. A medical detox program should be tailored by a medical professional to each individual to ensure the best chances of success.

matopiatesuboxonewithdrawal
Prefer getting help via text?
We're available 24/7 via text message. Signup below for access to our team when its convenient for you!
and many more...
✕
Instantly Check Your Insurance Coverage
Your information is safe & secure
At Desert Hope, we accept most types of private (non-government) insurance and offer a variety of payment options.
You can quickly and privately check your insurance benefits to see if you're covered for addiction treatment services. We’ll be able to tell you if your provider is in network with Desert Hope Treatment Center and all American Addiction Centers locations.
This means your treatment may be FREE1 depending on your policy, copay, and deductible.
Get the Info & Help You NeedWe're open across the US. Learn about your options.