What Are the Long-Term Effects of Citalopram?

SSRI antidepressants like citalopram adjust the levels of serotonin in the brain, keeping them stable. SSRIs take between 1 and 4 weeks to become fully effective.2 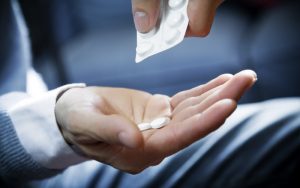 Although there are some people who struggle with prescription drug abuse and abuse citalopram, abuse is rare because these medications do not cause euphoria like other drugs of abuse.

However, even people who take citalopram as prescribed may experience short- and long-term side effects.

Short-term side effects of citalopram can include:2

Citalopram can also cause a condition called serotonin syndrome, particularly if it is combined with tricyclic antidepressants, fentanyl, lithium, tramadol, trytophan, buspirone, amphetamines, or St. John’s wort. This condition requires emergency medical attention, so call 911 if symptoms arise. Serotonin syndrome can be deadly. Symptoms include:1

Most people take citalopram for 6 months. But in some instances, a doctor may prescribe this substance for 9 months. 3

Long-term use of antidepressants may put people at risk for type 2 diabetes, and SSRIs may cause heart rhythm abnormalities at higher doses. A European study linked citalopram with increased electrical abnormalities of the heart and that these abnormalities became worse with increasing doses. Those with pre-existing heart conditions should speak with their doctor before taking citalopram, even as prescribed.4,5

Some people who take SSRIs may problems with blood clotting because of decreased serotonin in blood platelets. People who take the drugs are at increased risk for stomach bleeding or bleeding in the uterus. Combining SSRIs and NSAIDs (aspirin, ibuprofen) increases this risk.6

As mentioned above, citalopram may also lead to lowered sexual interest or poorer performance in both men and women. Patients can try lowering the dose or switch to Wellbutrin, which does not generally cause sexual side effects.6

Rarely, elderly patients who take citalopram may develop tics, muscle spasms, dyskinesia, parkinsonism, and akathisia, which may occur with anxiety. These symptoms can be treated with anti-anxiety drugs, beta-blockers, and antiparkinsonian drugs or by switching to a different antidepressant.6

Elderly people who take citalopram may also have a severe fall in sodium levels known as hyponatremia. This may lead to a build-up of fluid inside the body’s cells, which can cause someone to stop breathing and go into a coma. Symptoms of hyponatremia include feeling sick, headache, muscle pain, reduced appetite, and confusion. More serious symptoms include tiredness, disorientation, agitation, psychosis, and seizures.7

If you or someone you love is struggling with the devastating side effects of addiction and are unsure of where to turn, call us today at . Desert Hope, American Addiction Centers’ substance abuse rehab facility, is ready to help get the treatment you need today.

Some people may experience “Prozac poop-out,” a condition that occurs when an SSRI like citalopram suddenly becomes less effective after months or years. A person may take Celexa every day, as prescribed, and respond well until suddenly one day, they do not, leading to a relapse in depression symptoms. People who experience this phenomenon can increase the dose or switch to another antidepressant with a different mechanism of action.6

In addition, some people have suicidal thoughts when they take SSRIs. People under 25 are particularly at risk. These could be due to an underlying illness such as bipolar disorder. People taking citalopram should regularly check in with their doctor and let them know if they do not feel better or develop suicidal thinking.6,7

Although citalopram does not increase the effects of alcohol, drinking while taking prescription drugs is likely to make any side effects of the medication worse. In medical trials, some users experienced alcohol intolerance, or immediate unpleasant reactions after drinking such as stuffy nose and skin flushing.1,2

In general, alcohol can make depression worse and drinking while taking antidepressants is not recommended.1

Patients should not stop taking citalopram suddenly, as this can lead to withdrawal symptoms—some of which can be serious. Signs of withdrawal may include:2,7

When a person wants to stop taking citalopram, their doctor will work with them to safely taper off the drug.

If you believe you are going through depression, or you know someone who is, speak to your doctor or a mental health professional about the possibility of using Celexa or a different antidepressant. Keep in mind that antidepressants tend to be most effective when combined with some form of talk therapy with a counselor or psychologist.

antidepressants
Prefer getting help via text?
We're available 24/7 via text message. Signup below for access to our team when its convenient for you!
and many more...
Your Next StepsRecovery is possible. We're here to help with your addiction.