Everyone knows that driving while drunk is a quick way to end up in a crash, and it’s pretty obvious to most people when they are too wasted to drive.

What’s not always as clear is when you’ve had just one too many – maybe not enough to even get you drunk but just enough to slow your reflexes and impair your ability to drive safely.

The law usually defines a DUI by driving with a blood alcohol concentration (BAC) over 0.08%, although some states allow for a driver to receive a DUI with a lower BAC if they exhibit an inability to operate their vehicle safely.

In most cases, when a person’s BAC is more than 0.08 percent, the person is deemed too impaired to drive by legal standards. However, studies show that long before someone reaches this point of inebriation, the ability to manage a car is significantly impaired. Depending upon a person’s size, weight, and metabolism as well as other factors, like how much they’ve eaten or if they have taken medications,  people may be impacted differently by the same number of drinks. That is, some people can drink a couple glasses of wine with dinner and be  fine to drive a couple hours later, while others may drink the same amount and to incapacitated to get behind the wheel.

Effects of Alcohol on Driving 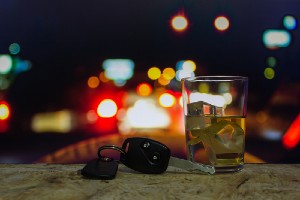 So if a 0.08 percent BAC is equal to seriously impaired driving, what does 0.02 percent look like or 0.05 percent? According to the Centers for Disease Control (CDC), even 0.02 percent BAC has the potential to impact driving ability and increase the risk of accidents. They report the following effects on driving at varying BAC levels, assuming a 160-pound man drinking the number of drinks listed below per hour:

Remember, each level of impairment includes the impairment issues experienced in the previous levels plus additional issues. Also, these numbers are for a 160-pound man with no prevalent health issues and on no medication. People on certain medications, people with specific health issues that impact metabolism, and smaller people may reach these BAC levels much sooner.

What Is a Drink?

First, it may be helpful to establish what exactly constitutes an alcoholic beverage. This fact is a constant, does not change from person to person, and can make it easier to determine how much is too much.

A drink is actually defined by a specific amount of alcohol – not just a single glass of whatever alcoholic beverage is being served up. Thus, if the waiter refills your wineglass before you finish the first glass, you didn’t have one drink but may have had two or three without realizing it. Similarly, a cocktail that contains different types of liquor is likely more than a single drink as well. For example, Aunt Roberta’s Cocktail includes hefty servings of vodka, blackberry liqueur, absinthe, gin, and brandy.

One standard serving of alcohol is:

The Centers for Disease Control and Prevention (CDC) reports that 28 people die in the US on a daily basis due to motor vehicle accidents that involve alcohol-impaired drivers; this amounts to one death every 51 minutes. In 2015, there were 10,265 people who died due to DUI crashes, which accounted for 29 percent of all traffic-related deaths in the nation.

While other drugs, especially opioids and marijuana, are causing traffic accidents due to intoxicated drivers, alcohol is still the leading cause of intoxicated traffic accidents and deaths. Fortunately, fewer people are driving while under the influence of alcohol, as prevention measures around the country get better.

If a person is arrested for a DUI in Nevada, they may have their license revoked for 90 days, pay court fees to regain their license, retake driving and vision tests with the Department of Motor Vehicles (DMV), have their vehicle impounded, spend up to six months in jail, and be fined between $400 and $1,000. 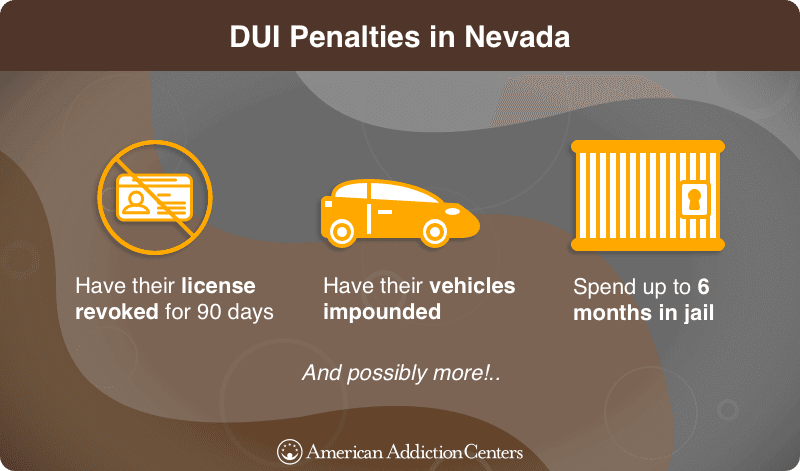 Unfortunately, many people still drive under the influence of alcohol in Nevada. Between 2003 and 2012, there were 1,025 people killed in car accidents involving an intoxicated driver. More people died in Nevada due to drunk drivers than in the rest of the nation. Out of every 100,000 residents in the state, 3.3 people died due to a drunk driver, compared to 2.8 people out of every 100,000 nationally. Most of the deaths involve people between the ages of 21 and 34, most of the individuals being male.

Since 2012, fatalities in Nevada caused by drunk drivers have been going up. In 2013, the National Highway Traffic Safety Association (NHTSA) found that there were 79 actual fatalities caused by drunk driving in the state. In 2014, that number went up to 93, and by 2015, the number of drunk driver-related fatalities had gone up to 97. In 2016, however, there were only 77 recorded DUI deaths, a decline of 11.4 percent – a sign that prevention measures may be working.

Las Vegas, one of the largest cities in Nevada, experienced a 40 percent decline in DUI arrests in 2015 compared to 2014; however, reports are careful to note that this does not, inherently, mean there are fewer drunk drivers on the road. The state has also experienced an ongoing rise in other traffic deaths, including motorcycle and pedestrian deaths. While these are not attributable to alcohol intoxication, there may be other drugs involved in some instances.

When Enough Is Enough 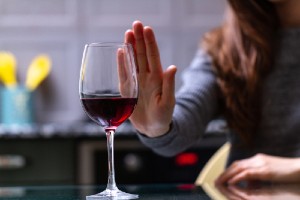 There is never any reason to get behind the wheel after drinking. Even just a couple drinks in an hour can cause a brief lapse in judgment or attention that can be devastating. Many believe that the legal BAC limit for driving should be lowered to 0.05 percent for optimum safety because so many accidents – including fatal accidents – occur at that level of alcohol intake. Some states will give DUIs at BACs below 0.08% if a person appears to be driving while impaired.

No matter what the law says, if you are routinely getting behind the wheel after drinking in any amount, it’s a sure sign that something needs to change. The risks are just too great to justify taking the chance for convenience’s sake.

There are numerous services available for those who are concerned that drinking and driving —or any use of alcohol—has become problematic. If your social life, work, health, or driving has being negatively impacted by alcohol use, there are treatment options available to determine the best path for creating positive change.