Some, like Valium, are used to calm people before a major surgery. Because of their ability to promote relaxation, sleep, and a general sense of peace, they’re often referred to as tranquilizers.

These medications are central nervous system depressants. This means that they slow down the bodily functions controlled by this part of the brain, including the heart, respiratory system, and gastrointestinal system. In controlled doses, this can eliminate anxiety and stress, and make the muscles relax. If abused, dangerous conditions can emerge.

Prescription stimulants, on the other hand, have the opposite effect on the central nervous system. Most of these drugs are used to treat attention deficit hyperactivity disorder (ADHD), but they may also be used to treat rare neurological disorders like narcolepsy or for short-term treatment of obesity. Two of the most well known of these medications are Ritalin and Adderall.

Mixing stimulants and depressants can cause unpredictable physical and psychological effects. As opposites, they can mask certain symptoms and mitigate unpleasant effects of either drug, letting people abuse either one for longer periods of time. Predictably, this can lead to some dangerous situations. 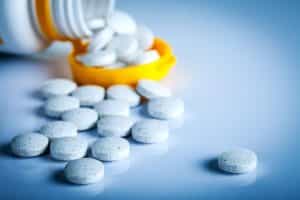 One of the most immediate concerns whenever someone is abusing a drug is overdose. Though many people believe that prescription drugs are significantly safer than illicit drugs like cocaine or heroin, benzodiazepines and prescription stimulants can be abused and both have addiction potential. Taking too much can also result in a dangerous overdose.

Most overdose cases involve more than one drug. Often, this is because two of the same type of drug, such as two depressants, have been taken together in order to intensify the high. However, mixing stimulants and depressants can be just as dangerous in terms of overdose because stimulants can mask the signs of depressant overdose.

Stimulants and depressants are often mixed to allow people to prolong a drug binge, as symptoms like anxiety or drowsiness are alleviated by the opposing substance. This is considered to be a red flag in terms of substance addiction. If addiction to either benzodiazepines or prescription stimulants is suspected, addiction treatment services should be sought as soon as possible to avoid dangerous health problems, including the threat of overdose.

mixingstimulants
Prefer getting help via text?
We're available 24/7 via text message. Signup below for access to our team when its convenient for you!
and many more...
✕
Instantly Check Your Insurance Coverage
Your information is safe & secure
At Desert Hope, we accept most types of private (non-government) insurance and offer a variety of payment options.
You can quickly and privately check your insurance benefits to see if you're covered for addiction treatment services. We’ll be able to tell you if your provider is in network with Desert Hope Treatment Center and all American Addiction Centers locations.
This means your treatment may be FREE1 depending on your policy, copay, and deductible.
Your Next StepsRecovery is possible. We're here to help with your addiction.