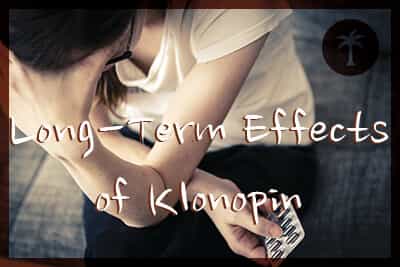 Klonopin is the brand name for clonazepam, a benzodiazepine medication prescribed to stop panic attacks, manage anxiety disorders, treat insomnia, and reduce the risk of seizures for people with seizure disorders like epilepsy. Generally, benzodiazepines like Klonopin work with the gamma-aminobutyric acid (GABA) receptors in the brain to reduce the frequency of electrical activity. Depending on the dose, this can lead to a feeling of relaxation, sleepiness, or intoxication.

This class of sedative medications is among the most commonly prescribed drugs in the United States and the world. The National Institutes of Health (NIH) reported that, in 2008, one in 20 adults received a prescription for a benzodiazepine, including Klonopin. Because these drugs are so common, they are diverted for misuse or abuse and sometimes sold illegally.

Benzodiazepines act on the same part of the brain as alcohol, so misuse or abuse of Klonopin can cause acute side effects that may make a person appear drunk. The euphoria can also lead to compulsive behaviors and cravings, indicating abuse. Over time, people who abuse Klonopin can cause serious harm, especially brain damage.

Worried about your Klonopin use? Take our free and confidential addiction assessment today.

Because Klonopin is a potent psychoactive medication, the body can rapidly develop a tolerance to and dependence on this medication. People who struggle with anxiety or insomnia, and experience the immediate relief from panic associated with Klonopin, may feel like they need the drug to feel normal or functional. This can lead to compulsive behaviors and cravings, and it can change the balance of brain chemistry so much that the brain will not stabilize neurotransmitters without the presence of the drug. At the same time, the person will feel like they need more of the substance to feel normal, so they are at risk of misusing the drug, outside of the prescription, by taking larger doses.

Side effects can be a sign that a person is abusing Klonopin. People who struggle with misuse or abuse of this benzodiazepine are more likely to experience side effects, including more serious side effects, because they do not have appropriate medical oversight while taking this prescription.

Klonopin’s Mild to Serious Side Effects

Common side effects associated with Klonopin include:

These can become more severe over time, so it is important to report these side effects to the prescribing physician. The doctor can manage the size of the dose to reduce the impact of side effects. If a person experiences serious side effects, they may be abusing the drug.

Many of the more serious effects associated with Klonopin involve changes to brain function. These may include:

Long-Term Damage from Klonopin: Is It Reversible?

One of the biggest short-term dangers is an increased risk of suicidal thoughts or attempts. Warnings on Klonopin note that about one in 500 people experience an increase in suicidal ideation, usually within one week of taking the medication regularly. These thoughts should be reported to a doctor immediately. Unfortunately, people who struggle with Klonopin abuse may not speak with a doctor, therapist, or addiction specialist soon enough. When suicidal thoughts are caused by Klonopin, they are reversible with a doctor’s help to reduce or stop the medication.

Another risk of Klonopin misuse or abuse is mania. This is especially true among those who have bipolar disorder and who are misdiagnosed and receive the wrong medication to treat symptoms. Taking a sedative drug like Klonopin, which changes brain chemistry, can trigger a manic episode, leading to increased symptoms associated with bipolar disorder. The main symptoms of mania are increased physical energy, excessive talking, and very elevated mood. Some mania may have associated delusions of grandeur.

Abusing Klonopin for a long time can cause brain damage, including:

Understanding that misuse and abuse of benzodiazepines like Klonopin is dangerous can help one recognize when compulsive behaviors, dependence, or cravings begin to develop. Getting evidence-based treatment to overcome addiction to Klonopin can reduce the risk of long-term harm or stop the impact of these conditions; however, mental and behavioral changes caused by very long-term abuse in large doses will likely not be reversible, except with years of sobriety.

Long-term misuse or abuse of Klonopin can also cause a condition called benzodiazepine withdrawal syndrome (BWS). This condition causes prolonged withdrawal symptoms, especially psychiatric struggles like cravings, mood swings, irritability, and exhaustion. With appropriate treatment, withdrawing from Klonopin can take one to two weeks, but without this help, BWS can develop and cause withdrawal to extend for months. Developing BWS increases the risk of relapse back into Klonopin abuse.

One condition that may develop and not clear up due to Klonopin abuse is Alzheimer’s disease.

One study found that people who took a benzodiazepine like Klonopin for three months or less had the same risks of developing Alzheimer’s as the general population; however, those who misused or abused benzodiazepines for 3-6 months increased their risk of developing Alzheimer’s by 32 percent. More than six months of struggle with Klonopin and similar drugs increases that risk by a shocking 84 percent. While many medical researchers are searching for a treatment for Alzheimer’s, there is currently no cure if this mental condition develops.

Get Help for Klonopin Abuse

It is important to work with an addiction specialist through an evidence-based rehabilitation program to overcome addiction to Klonopin. Attempting to quit Klonopin cold turkey can lead to harmful withdrawal symptoms, including:

Many withdrawal symptoms mimic the underlying condition that Klonopin is prescribed to treat, especially anxiety, panic, or insomnia. Those who receive Klonopin to manage a mental health condition should not take this medicine for longer than 2-4 weeks. They should follow their psychiatrist’s directions very closely, and they should work with a therapist while taking medication because psychiatric medications alone will not manage mental conditions on a long-term basis.