How Long Does Opana Stay in Your System? 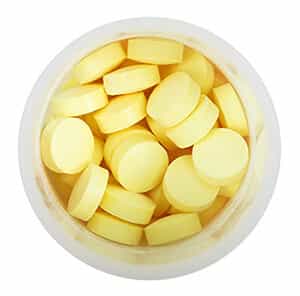 Opana, generically known as oxymorphone, is an opioid drug used to relieve moderate to severe pain, according to the National Library of Medicine’s MedLine Plus encyclopedia. It has also become a drug of concern over the last several years, as it has been a source of growing substance abuse and addiction issues.

People who are struggling with a substance use disorder related to Opana may hesitate to seek addiction treatment because of concerns about detox and withdrawal. The process of detox from Opana is similar to detox from other opioid drugs. While it can be uncomfortable, it is not life-threatening, and discomfort can be managed with medical detox.

It can be helpful to know a little bit more about how Opana is processed by the body and how long it takes to clear the drug from the system.

The key element that determines how long a drug will stay in the body is the drug’s half-life. This is defined as the amount of time it takes the plasma concentration of the substance to reduce by half.

Opana’s half-life, as reported by the journal Pharmacy and Therapeutics, is about 9-11 hours. This means that when a person takes a dose, about half of that dose will be eliminated from the bloodstream in about 11 hours. After 22 hours, half of what was left is gone, which means a total of three-quarters of the original dose is eliminated. Ultimately, this means that it takes at least a few days for a single dose to be fully eliminated from the system.

There are a number of elements aside from half-life that can determine whether the effects of a drug will still be felt.

Sometimes, the length of time a drug stays in the system can be affected by how the drug is metabolized by the body. Occasionally, when a drug is metabolized, it will result in different active or nonactive chemicals being released that may also affect the body. These chemicals may not show up as the original drug, but they can be traced otherwise.

A way to measure the full elimination of the drug and the elements it breaks down into is through radioactive testing. In the drug information provided by the drug company that produces Opana<, this type of test showed that 90 percent of all elements of Opana were excreted after five days.

People who have problems with metabolic function or waste elimination through urine or feces – such as liver or kidney disease – may sometimes experience different half-lives for a drug than people who don’t have these issues.

Opana is almost completely metabolized by the body, with less than 1 percent of the drug eliminated, unmetabolized, in the urine. According to information in the National Library of Medicine’s DailyMed website, the half-life or elimination of Opana is not affected by problems with liver function. There can be issues, however, with eliminating Opana for people who have kidney problems.

In addition, a person’s constitution, including weight, gender, genetics, and other physical attributes, can have an effect on how quickly a drug is eliminated from the system. For this reason, drug detox timelines can be different for each person. Upon intake in a medical detox program, medical professionals will take all these factors into account and can often give clients a more defined expected timeframe of withdrawal.

There are many morphine-based prescription painkillers on the market that are prone to abuse and subsequent addiction. Opana is one of these drugs. Designed to treat moderate to severe pain as a prescription opioid analgesic, this brand name form of oxymorphone was approved by the Food and Drug Administration (FDA) in 2006. At the time, Opana was intended to be a safer opioid prescription, but, like too many of these medications, the drug has triggered addiction in many people in the US.

People who abuse Opana intend to experience a high like that associated with other narcotic drugs, including heroin. However, they may also experience side effects like constipation, nausea, headache, confusion, fatigue, and a higher risk for overdose. Avoiding life-threatening issues like overdose or organ damage means getting help to safely detox from Opana, which requires a medical detox program.

What Is Medical Detox?

The first step to end an addiction is to end the body’s physical dependence on an intoxicating substance. People who struggle with addiction typically begin to rely on the presence of the drug to make them feel normal because the brain has difficulty processing neurotransmitters like dopamine and serotonin without the drug present. Some people attempt to quit their addiction cold turkey, but this rarely works: instead, medical detox is the best first step in an overall addiction treatment plan.

Medical detox means working with medical professionals to safely and carefully, and sometimes with the help of prescription or over-the-counter medicines, end the body’s reliance on drugs. People who struggle with opioid addiction, including to Opana, will most likely need medical detox to help them stop taking these substances.

Without help from medical professionals, people who struggle with Opana addiction are likely to experience intense withdrawal symptoms. Withdrawal symptoms associated with Opana are not life-threatening, but they can be very uncomfortable, depending on the potency of the Opana dose and how long the person took the drug. Withdrawing from Opana is much like withdrawing from morphine.

How Long Does It Take to Eliminate Opana from the Body?

Opana comes in different doses, so the length of time a person will need help from a medical detox program and the type of help they will need will vary. There are two basic types of Opana: extended release (ER) and immediate release (IR). Opana ER, like OxyContin and similar time-release drugs, is designed to work for up to 12 hours to alleviate chronic pain; this means that there is a large amount of opioid in the ER version of Opana, so this opioid has become a target for abuse. Opana IR alleviates pain for a few hours, typically 4-6 hours, and it is designed to release into the body immediately. That means the drug does not have as much opioid in it. While it has become a target of abuse for many people, Opana ER has become favored on the black market. The drug can be tampered with in order to bypass the time-release ingredients and release all the opioid into the body at once for an intense high.

Opana IR’s half-life is 7.3-9.4 hours, so when the process of medical detox begins, the body may have eliminated Opana IR within 36-48 hours. That’s when withdrawal symptoms, including cravings, are likely to begin. Opana ER, on the other hand, has an estimated half-life of 9-11 hours; the ER version will likely be eliminated from the body within 2.5 days at most.

During medical detox, a doctor will monitor their patient to determine when the drug leaves the body, and when withdrawal symptoms begin. Then, the next stage of treatment will begin.

Once the person begins withdrawing from Opana, their physician will determine whether or not they need replacement medications or a tapering approach, or if their withdrawal symptoms can safely be managed without using prescription partial opioid agonists.

If the doctor prescribes medication replacement therapy, this will most likely be a form of buprenorphine, which is a partial opioid agonist. This means the drug binds to opioid receptor cells in the brain, which helps to alleviate withdrawal symptoms. Buprenorphine is prescribed under the brand name Suboxone, which has added naloxone to make the drug more tamper-resistant.

Determining whether the individual requires medication management, tapering, or if they can simply work through withdrawal symptoms with other kinds of help and oversight means that the physician will use one of several scales, such as the Clinical Opioid Withdrawal Scale (COWS). This helps to measure symptoms of withdrawal, using several metrics, such as self-reported discomfort, visible shaking or sweating, and heart rate and blood pressure changes. Using this scale to monitor the progression of withdrawal symptoms as they dissipate will help the physician know how well medication management and tapering are working for the patient.

The monitoring physician will also use COWS, or a similar scale, to determine how quickly the person can taper off prescribed buprenorphine. Tapering means slowly easing the body off the prescribed replacement drugs, so withdrawal symptoms do not feel very uncomfortable and the body can ease off a need for the intoxicating substance. A long-acting drug like Opana ER may require a taper lasting five days to two weeks; Opana IR, on the other hand, may take one week to complete the withdrawal process.

Sometimes, a doctor may prescribe clonidine for off-label use as a withdrawal medicine. The drug was approved to treat high blood pressure; when applied to opioid withdrawal, it slows down the heart rate and reduces blood pressure, which may make the person feel less stressed, tense, and sick. Other supportive measures used during opioid withdrawal include:

Even when a person takes Opana as prescribed, they may need to taper off the drug with the help of a doctor when they no longer need this pain medication. In this case though, the doctor will not prescribe a replacement medication like Suboxone and instead will use the Opana prescription itself, slowly tapering the drug over time. The doctor may add some over-the-counter medicines, supplements, or other supportive recommendations for patients who have taken Opana as prescribed for a long time.

Continuing through a Rehabilitation Program

The National Institute on Drug Abuse (NIDA) recommends entering a rehabilitation program after detox. These programs offer group, individual, and other types of therapy to better understand and overcome addiction. NIDA’s recommendation notes that a three-month (90 day) regime of rehabilitation works the best.