Ketamine has been making news for its potential application in the treatment of depression and other mental health conditions, but healthcare experts warn that the drug has long-term effects that might preclude additional therapeutic applications. Ketamine is ubiquitously used as a pre-surgery anesthetic. It has potential as a treatment for various mental health ailments; however, it can cause health and addiction problems that might preclude such use. 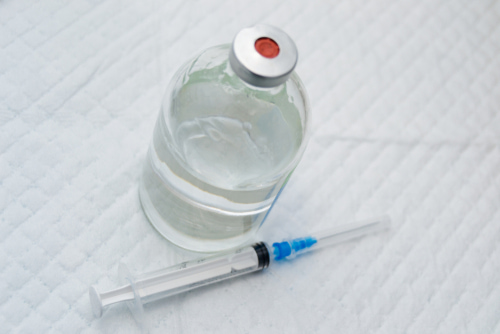 Ketamine belongs to a category of drugs known as dissociative anesthetics. The drugs create a sense of disconnectedness in users, where they feel like time is passing slower or like their mind and body are somehow physically separated – a phenomenon known as depersonalization. Other effects of drug-induced dissociation include hallucinations, euphoria, feeling like one is in a dream, and changes in blood pressure and heart rate. Other drugs that fit the description of being dissociative anesthetics include PCP, dextromethorphan, and nitrous oxide.

When administered medically, either via injection into a muscle or through an intravenous line, ketamine induces anesthesia – the state of being insensitive to pain. For this reason, it is commonly used before, during, and after surgical procedures in both humans and animals. In December 2014, the journal Anesthesia Essays and Researches noted that the drug enjoys “a wide variety of clinical applications,” providing doctors with options in pain and critical care management as well as in anesthesia for different surgical procedures, such as cardiac catheterization, skin grafts, and diagnostic procedures for the ears, nose, throat, and eyes.

As an anesthetic, ketamine is a considered an effective and safe option. It does not reduce blood pressure or lower the patient’s breathing rate to dangerous levels, which is a possibility with other general anesthetics. To counter the hallucinogenic effects of the substance, doctors often administer ketamine in combination with another drug.

The World Health Organization considers ketamine an “essential” drug, stating that the medical benefits outweigh the risks posed by recreational use of the drug. Speaking to Vice magazine, a doctor calls ketamine his “favorite medicine of all time,” because of the wide variety of applications of the drug with a relatively low risk and effect potential.

Ketamine is considered a Schedule III drug by the Drug Enforcement Administration, which states that such substances have a moderate to low risk of physical and psychological dependence and acceptable medical uses. As such, while there is an abuse potential for ketamine, the drug is approved for use in hospitals and other medical settings for the purposes of inducing anesthesia.

The Risk of Abuse

Ketamine is a perfectly normal and effective drug to use in a controlled medical practice, but there are concerns that it can cause mental and physical health effects if taken improperly. Using ketamine to the point of psychological dependence can result in an increasing tolerance to the effects of the drug and might culminate in addiction.

To that point, the Toxicology Data Network compiled a list of the effects of ketamine use. In cases of long-term ketamine exposure, the patient might experience chronic presentations of the side effects that are to be expected at normal doses. For example, while a standard dose of ketamine might cause a patient to feel a change in how they perceive color or sound, continued use of ketamine (perhaps for recreational purposes) might lead to the person struggling to see colors and hear sounds as they really are even after the ketamine consumption has been discontinued.

Other examples of the effects of long-term ketamine use include:

Some individuals also report a loss of appetite and behavioral problems after recreational and uncontrolled use of ketamine. 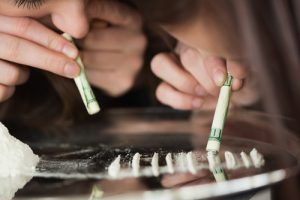 Outside of a medical setting, ketamine has proven very popular as a recreational drug. People are drawn to the euphoric and dissociative effects, similarly to why other hallucinogenic and psychedelic drugs are abused. However, there are negative reactions that occur when ketamine is taken without medical necessity and supervision; these include anxiety, chest pain, disorientation, vomiting and nausea, and, in severe cases, paranoia, seizures and psychosis.

In an investigative series, The Guardian explained that when ketamine is snorted, the effects are felt very quickly because of how fast the drug enters the bloodstream. Despite its nature as an anesthetic, it can make heart rate increase when taken at low doses, so users might experience heart palpitations even after taking only a little ketamine. The thinking problems mentioned above can also make it difficult for people to speak clearly, multitask, or think critically.

If ketamine is consumed at high doses or over a long period of time, the specific anesthetic qualities of the drug become more pronounced. For example, people who take ketamine in this fashion might experience a full-body numbness, a phenomenon known as the k-hole. Additionally, hallucinations can be even more vivid than expected, which may cause people to act in a way that endangers themselves or those around them if their abuse of ketamine is to the point where they cannot safely distinguish between the hallucination and reality.

This form of ketamine use can induce amnesia, which introduces a unique danger of using ketamine recreationally. The combination of memory loss and disconnection with the real world can make users vulnerable to assault from others, or it can expose them to dangers they cannot comprehend or protect themselves from because of how estranged they feel from their surroundings. For example, a person suffering from chronic ketamine-induced hallucinations and amnesia might develop hypothermia from walking into the cold or could be so disoriented that they walk into traffic. The Department of Justice lists ketamine as a drug that could be implicated in drug-facilitated sexual assault. 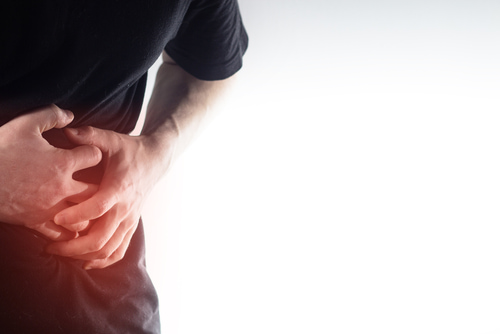 The length of time it takes for ketamine effects to make themselves known depends on how the drug is consumed. If the ketamine is smoked, the effects are immediate. Snorting it (as would be the case in recreational abuse) produces effects in as little as five minutes while users who take their ketamine orally could expect to feel the numbness setting in around 15 minutes after consumption. The duration of effects is similarly dependent on the method of administration. In the case of injection, it will take about 45 minutes for the ketamine to be broken down. If the drug is snorted, a person could experience it for as long as an hour, and the effects might last for two hours after oral consumption.

Ketamine is a relatively quick-acting drug, which impels some users to binge on the drug, getting very high in the process, and then taking more ketamine during the unpleasant comedown. There is the possibility that leads to a psychological dependence on ketamine, but cases of ketamine withdrawal (the body being unable to function without the presence of the drug) are rare. Users will instead experience strong craving for more ketamine and disorienting flashbacks to the psychological effects of being on the drug.

However, people who repeatedly abuse ketamine, especially over a long period of time, nonetheless expose their bodies to the more harmful effects of the anesthetic. Physiologically, ketamine can damage the digestive and urinary tracts, and it puts an unhealthy amount of strain on the liver and kidneys to the point of damaging those respective organs. The journal Addiction noted that long-term use of ketamine exposes patients to ulcerative cystitis. The researchers also noted that people who use ketamine on a daily basis demonstrated “neurocognitive impairment,” as well as struggled with memory problems, a point also made in Frontiers in Psychology, which noted that long-term ketamine use can specifically damage memory and understanding of geographical areas, even something as small as the layout of one’s own house. On that note, Drug and Alcohol Dependence found that “repeated use of ketamine produces chronic impairments to episodic memory.”

The patients in the Addiction study expressed concern about their rate of ketamine use and “reported trying but failing to stop using” the drug. At worst, ulcerative cystitis, which can lead to bladder issues, requiring damaged portions of the urinary tract to be surgically removed.

Addiction noted that the most effective way to stop the progression of ketamine-induced ulcerative cystitis is to stop all use of ketamine. This will likely lead to the damage to the urinary tract being halted, but individuals will probably struggle with the psychological withdrawal effects of wanting to go back on their ketamine or some other substance. For this reason, discontinuation of ketamine after long-term use should be done with medical supervision.

Covering the Addiction journal article, Reuters noted that recreational ketamine users displayed less disruptions to their spatial memory, attention spans, or psychological wellbeing. The Addiction researchers suggested that “occasional use does not cause lasting damage,” and that stopping ketamine consumption may reverse the impairments. However, both mild and frequent users of recreational ketamine showed evidence of experiencing delusions as a result of their intake.

There has been a “dramatic increase” in the use of ketamine as a recreational substance, but young people are still unaware of the health risks and potential for psychological dependence, partially due to ketamine’s wide-ranging use in hospitals and medical settings. It is also because of beliefs that the application as a possible therapeutic agent for the treatment of depression, including recent research that suggests ketamine could be used for alcohol dependence, means the drug can be taken without consequence.

Risks of Long-Term Therapeutic Use of Ketamine

To this point, even as ketamine has been cautiously approved for use in clinical trials to treat post-traumatic stress disorder, the San Antonio Express News has written of a “turf war” emerging between doctors in different disciplines who have very contrasting ideas about the use of ketamine outside of anesthesia. A psychiatrist in Miami objected to the use of ketamine for mental health treatment while an anesthesiologist who runs a wellness center that uses ketamine to treat psychological-based trauma argues that, as an expert certified in the use of ketamine, he is qualified to offer ketamine as an agent in PTSD therapy.

But even among advocates, there is an understanding that ketamine is not a cure-all drug for patients who need special help. In 2017, the Lancet journal noted that people who receive ketamine as treatment for mental health concerns “might face a serious fall in morale after the effects of the drug fade away,” in the words of Express News. An Army sergeant who was put on ketamine therapy for her combat-related PTSD experienced a decline in the effectiveness of the drug in subsequent treatments, leading her to fear that her trauma was so deep that even the ketamine that had initially proven successful would be unable to help her. Her doctors put her on booster shots of ketamine, receiving injections every few months, which is akin to diabetics requiring lifelong insulin shots, according to her doctor.

For this reason, the American Psychiatric Association recommends that the number of ketamine treatments should be kept to a minimum, with the idea of eventually discontinuing the treatment. At present, argues APA, there is not enough scientific evidence on the long-term use of ketamine as a mental health treatment.