Opioid replacement therapy is the use of opioid medication to treat addictions to more powerful opioids like heroin or OxyContin. Opioid addiction can be very strong, going so far as to change how the brain operates.

Addiction is often accompanied by intense cravings when the drug is removed from the system. This makes quitting opioids very challenging, as it usually brings on withdrawal, which can be extremely uncomfortable and difficult. Opioid replacement therapy provides an individual with opioid medication in an effort to quell the withdrawal symptoms and help them through the withdrawal process. Since withdrawal symptoms aren’t intense, individuals can then focus on therapy, helping them to find a firm footing in recovery.

The primary medications used in opioid replacement therapy are methadone, buprenorphine, and Suboxone.

Methadone is the better-known and more established medication of the two used in opioid replacement therapy. It’s a long-lasting synthetic opioid that is used to reduce opioid cravings in addicts and prevent them from experiencing withdrawal symptoms, according to the National Institute on Drug Abuse(NIDA). Methadone has been used for this purpose, most commonly in cases of addiction to heroin or prescription opioids, for decades.

When methadone is taken as prescribed, it has proven to be effective and safe, according to the Substance Abuse and Mental Health Services Administration (SAMHSA). It does not provide the euphoric effects that many opioids do but does block the painful symptoms of opioid withdrawal. Methadone can be found in pill, wafer, and liquid form, and it is usually administered once per day.

Methadone cannot be obtained through any physician. The drug can only be distributed by an opioid treatment program or specified clinics. NIDA asserts than methadone treatment should last at least one year, but this is not a consensus opinion in the medical community. Some patients remain on the drug for many years. The goal is to taper a patient off methadone slowly until they no longer have any physical dependence on opioids.

When used properly, methadone can be very effective. Methadone treatment is associated with a 60-90 percent success rate, according to the California Society of Addiction Medicine. However, it is an addictive substance and does see abuse. Due to the lack of euphoric effects at therapeutic doses, methadone may see individuals upping their dosage in an attempt to achieve the high they crave. This can lead to overdose rather easily.

Buprenorphine is the other opioid commonly used in opioid replacement therapy. This option has been available for much less time than methadone has, and it differs from methadone in a variety of ways.

It has been shown to decrease the chances of opioid abuse, according to SAMHSA. Buprenorphine does produce some of the effects related to opioids but to a much lesser degree than those associated with heroin or prescription painkillers. It has what is known as a “ceiling effect,” which means that increasing the dose will not increase the effects beyond a certain point.

While buprenorphine is less likely to be abused than methadone, it is still abused. Its effects are mild when taken as prescribed orally, but mixing the drug with water and then injecting the resulting substance make it much more potent. This type of abuse signaled a need for change in the medication, which led to the creation of Suboxone.

Suboxone contains buprenorphine and naloxone. The buprenorphine prevents withdrawal symptoms, and the naloxone acts as an abuse-deterrent.

Naloxone is an opioid antagonist that is commonly used to reverse the effects of an opioid overdose. In the case of Suboxone, naloxone has little to no effect on a user if the drug is taken as prescribed. However, if an individual attempts to inject Suboxone instead of taking the pill orally, the naloxone will trigger withdrawal, leading to various unpleasant symptoms. This serves as a significant deterrent for abuse of this drug.

This is not to say that Suboxone does not get abused. While Suboxone will block the high of other opioids, some addicts use Suboxone to quell opioid cravings between uses of illicit substances. It can serve as a bridge to avoid withdrawal symptoms between instances of use as long as the individual waits long enough after taking the Suboxone to ingest another opioid.

NIDA conducted a study in which 600 people who were addicted to prescription painkillers were given Suboxone for a 12-week period, and about half of them saw a decrease in their drug abuse. However, when the Suboxone treatment stopped, less than 10 percent remained abstinent from abuse.

As one can see from the above study and the drop-off in success once Suboxone administration ceased, medication alone is not enough to result in a long-term solution when dealing with opioid addiction. It is more effective when used as an aspect of medication-assisted treatment (MAT). MAT uses medication like methadone or buprenorphine in conjunction with counseling and behavioral therapy.

Cognitive Behavioral Therapy (CBT) is one of the most effective therapeutic tools available to those dealing with opioid addiction. It deals with the connections between an individual’s thoughts, feelings, and behaviors; when an individual can change their thoughts, they can change the behaviors associated with those thoughts. CBT teaches individuals how to anticipate problems in their recovery and gives them coping strategies and solutions to deal with those issues. CBT used in conjunction with opioid replacement therapy can be an effective combination in the pursuit of recovery.

Another productive form of therapy is group therapy. Group therapy involves a therapist and multiple individuals in recovery in each session. The group setting can help to put clients at ease, seeing that they are not alone on their recovery journey. Group participants can share their struggles with the group and learn from the experiences of others.

Music therapy can be a useful form of complementary therapy that is also done in a group setting. This involves a trained therapist using music in a control fashion. Music therapy can help to reduce stress, something that is a very common trigger of relapse. It can also help with depression, which is often a symptom of withdrawal. Music can alleviate boredom, anxiety, muscle tension, and a variety of other issues that are common in recovery.

There are benefits and drawbacks to opioid replacement therapy, as should be expected when dealing with substances as powerful and addictive as opioids. The pros and cos will vary depending on how an individual proceeds through the process and whether they adhere to the guidelines set out by their physician. Some of the pros include:

However, some of the cons that can arise include:

While some people encounter problems with the medication they use during opioid replacement therapy, it is often seen as the lesser of two evils. Addiction to milder opioids is preferable to addiction to more dangerous substances like heroin or morphine. Decreasing the chance for overdose alone can be enough to save someone’s life.

The goal of opioid replacement therapy is not to simply transfer someone’s opioid addiction from one substance to another. Opioid replacement therapy aims to quell drug cravings and prevent withdrawal symptoms with milder opioids, providing less chance for overdose and the potential for serious long-term health consequences. However, over the long haul, the goal is for a person to slowly taper off the opioid medication. Slowly but surely, the person will lose their physical dependence on the substance as the replacement medication is tapered over time.

Medication alone is not enough though. That is why opioid replacement therapy is best used in conjunction with behavioral therapy. Such therapy will have long-lasting effects in the prevention of relapse. 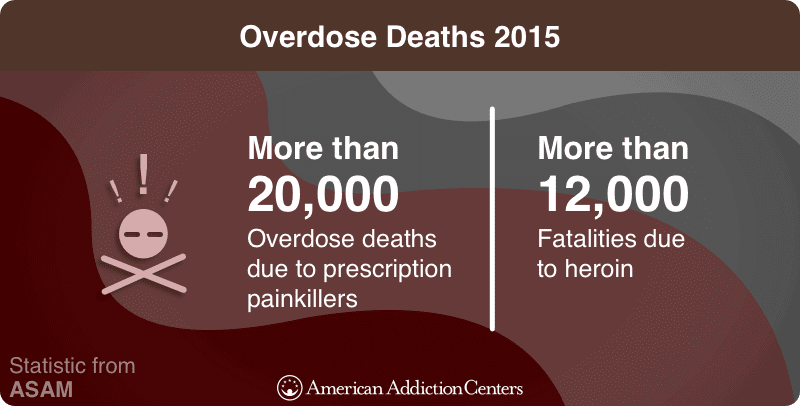 In 2015, more than 20,000 overdose deaths involved prescription painkillers, and heroin was responsible for more than 12,000 fatalities. Drug overdose is the leading cause of accidental death in the United States. Opioid replacement therapy appears to be a tool that can help to lower the fatality rate related to opioid abuse and addiction. As part of a larger addiction treatment program, opioid replacement therapy can be an effective addiction management tool that can give an individual a much better chance of long-term recovery.

matmethadoneopiatesuboxonetreatment
Prefer getting help via text?
We're available 24/7 via text message. Signup below for access to our team when its convenient for you!
and many more...
✕
Instantly Check Your Insurance Coverage
Your information is safe & secure
At Desert Hope, we accept most types of private (non-government) insurance and offer a variety of payment options.
You can quickly and privately check your insurance benefits to see if you're covered for addiction treatment services. We’ll be able to tell you if your provider is in network with Desert Hope Treatment Center and all American Addiction Centers locations.
This means your treatment may be FREE1 depending on your policy, copay, and deductible.
Get the Info & Help You NeedWe're open across the US. Learn about your options.