What Are the Physical and Psychological Signs of Ativan Abuse?

This drug belongs to a group of medications called benzodiazepines (benzos) – central nervous system depressants that slow or relax certain functions in the brain. The feeling of peace and calm these substances produce have made them a target for abuse. In high doses, they have even been known to cause mild euphoria.

People tend to think of prescription drugs like Ativan as being much safer than illicit drugs like heroin or cocaine, but the abuse of these medications can be just as dangerous. Benzodiazepines are addictive, can result in dangerous withdrawal symptoms, and are linked to thousands of drug overdose cases each year. These numbers have been steadily increasing, with benzos being involved in 30 percent of all overdose deaths in 2013, according to the Centers for Disease Control and Addiction. 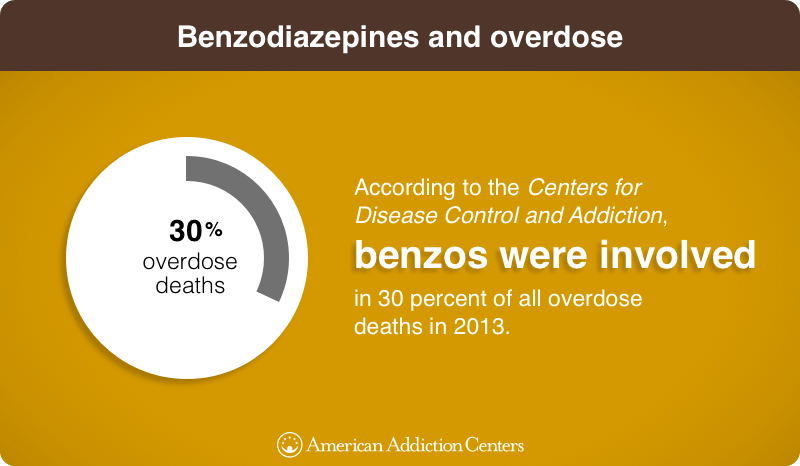 Despite growing concerns around this issue, people continue to abuse drugs like Ativan. Prescription drug abuse refers to any use of the medication without a prescription or use beyond that recommended by a medical professional. Every year, people take more Ativan than directed in order to try and get high or manage their symptoms, or try the drug after being introduced to it by a friend or family member unaware of the dangers.

Because of this increasing epidemic, it’s important for people to be aware of the signs of prescription benzodiazepine abuse.

As with any drug, Ativan comes with a distinct list of side effects. Though people taking the medication as directed may experience some of them, it’s more likely for people to suffer from more of these side effects at higher intensities if they’re abusing the drug.

Ativan side effects include:

In particular, slowed breathing combined with sedation can lead to death due to lack of oxygen to the brain.

The psychological signs of drug abuse can often be applied universally to all intoxicants. This includes the signs of developing an addiction. As people become more dependent on a drug, they tend to become increasingly preoccupied with obtaining the drug and generally making sure it’s available to them at all times.

People abusing and possibly becoming addicted to Ativan tend to display behaviors such as:

Not all people who abuse a drug will become addicted to it, but in general, chances of developing an addiction disorder increase the longer something like Ativan is abused. Considering how dangerous benzodiazepine addiction is, it’s best to avoid misuse of this drug altogether

When does Ativan use become abuse?

Ativan abuse occurs when the drug is used for reasons or in ways other than prescribed. This includes increasing the dose or frequency of use to treat growing symptoms without a doctor’s advice, or taking it to experience the euphoria that can be caused by benzodiazepine use. The second type of abuse is referred to as “nonmedical use” of prescription drugs.

Articles such as one from Clinical Pharmacology & Therapeutics present the fact that nonmedical use or abuse of prescription drugs has reached epidemic levels. A lot of the focus regarding this epidemic is on the use of opioid painkillers; however, benzodiazepines like Ativan that are used to treat anxiety and ADHD also contribute to this epidemic and to the increasing risk of overdose due to the number of people who abuse these drugs for nonmedical reasons.

How addictive is Ativan?

Abuse of Ativan can lead to addiction, and this process can occur more quickly than an individual might expect. According to a study from Nature, short-acting benzodiazepines act on neurochemical systems in the brain – including the GABA system – to quickly create dependence, tolerance, and addiction in individuals who misuse the drugs. This addiction potential can also be the result of irresponsible prescribing practices; for example, if an individual takes the drug for more than 4-6 weeks, the addiction potential can be higher.

As a result, as described by the Royal College of Psychiatrists, about four in 10 people who take benzos like Ativan for six weeks or more develop symptoms of tolerance, a condition that results in the person needing to take increasingly larger doses in order to achieve a consistent effect.

Are there safer alternatives to Ativan for treating ADHD?

As described in an article from Psychology Today, other medications are helpful in treating ADHD without the risk of addiction that Ativan presents. These include antidepressants referred to as “selective serotonin reuptake inhibitors,” or SSRIs. These medications are considered to be nonaddictive, and they can help with the symptoms of ADHD without the high addiction potential of benzodiazepines like Ativan.

There are also alternatives to using medications altogether. The American Psychological Association notes that certain behavioral therapies can help to manage ADHD symptoms, and that many physicians are too quick to prescribe medication rather than exploring behavioral options. A person with ADHD who is looking for alternatives to medication might consider various treatment options, which include programs implemented through:

What does Ativan abuse do to a user’s personality or mood?

Because Ativan is prescribed to help people manage mental health disorders, including ADHD and anxiety, it can affect an individual’s mood. This can be magnified if the individual is abusing the drug. Use of benzos like Ativan can result in:

In addition to these personality or mood symptoms, addiction to a substance can result in a range of personality changes that may indicate addiction is present. These include:

These are just some of the signs that an individual may be struggling with Ativan or other drug abuse. If these personality, behavior, and mood changes are observed, it may be time to intervene and find treatment for substance abuse.

sedativessubstance abuse symptoms
Prefer getting help via text?
We're available 24/7 via text message. Signup below for access to our team when its convenient for you!
and many more...
✕
Instantly Check Your Insurance Coverage
Your information is safe & secure
At Desert Hope, we accept most types of private (non-government) insurance and offer a variety of payment options.
You can quickly and privately check your insurance benefits to see if you're covered for addiction treatment services. We’ll be able to tell you if your provider is in network with Desert Hope Treatment Center and all American Addiction Centers locations.
This means your treatment may be FREE1 depending on your policy, copay, and deductible.
Your Next StepsRecovery is possible. We're here to help with your addiction.