Mental health disorders are common in the United States and affect about one in five adults. Unfortunately, for some people, access to mental health treatment can be difficult. These difficulties are often increased for those who are a part of a minority group. To reduce, or at least bring attention to these barriers, July has become Minorities Mental Health Awareness Month. It’s an opportunity to address the issues and promote change.

In a diverse country like the United States, nearly 50% of people belong to minority groups (any group other than non-Hispanic White).1 Whatever minority group you are a part of, there are risks based on known mental health statistics.

Often, there are unique barriers to mental health treatment for each minority group.

In such a diverse population that includes many minority groups, many hurdles must be overcome. The barriers to treatment often include:1

Many people suffer from both a mental health and substance use disorder at the same time, also known as a co-occurring disorder. Co-occurring disorders are associated with a risk for higher severity of illness, consequences to physical and social health, more hospital admissions, and higher rates of self-harm.6

Minority groups that face discrimination juggle a higher amount of daily stress. This is from institutional racism, aggressive policing, witnessing community violence, and other difficulties.7 With greater risk factors for mental health and less access to healthcare, it is no wonder that co-occurring disorders are at least as common among minorities with mental health disorders as among White-only populations. 8 And, for many minority groups, the prevalence of substance use disorder is greater with generations born in the U.S.6

So, if barriers to mental health are not overcome, people who are already at high risk can easily develop a co-occurring disorder.

Often, substance use is used as a “self-treatment” for a person’s mental health disorder. To successfully overcome both disorders, it can be beneficial to receive treatment simultaneously.

Fortunately, mental health professionals have recognized the need for co-occurring treatment and programs are no longer as difficult to find. If you are struggling and looking for rehab in Las Vegas, Desert Hope Treatment Center offers treatment for co-occurring disorders and specialized treatment programs. Their counselors are well-trained and come from diverse backgrounds. With your needs in mind, Desert Hope can give you the treatment you need. 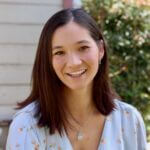 alcoholco-occurring disordersinpatienttreatment
Prefer getting help via text?
We're available 24/7 via text message. Signup below for access to our team when its convenient for you!
and many more...
Get the Info & Help You NeedBrowse 100s of informative articles.