Adverse Side Effects of Klonopin Abuse 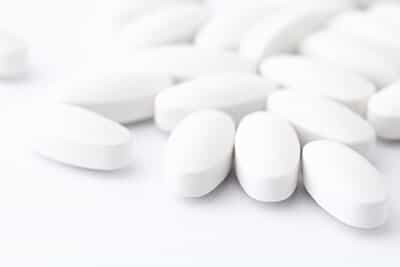 Klonopin is part of a class of drugs referred to as benzodiazepines (benzos), more commonly called tranquilizers.

This is due to the fact that they depress the central nervous system, relaxing the body and reducing feelings of anxiety and panic. At high doses, drugs like Klonopin can even cause mild euphoria, which is part of the reason they’re so often abused.

In medical settings, Klonopin is most often used to treat anxiety and panic disorders, seizures, and muscle movement issues. Due to the fact that it’s so effective, doctors prescribed Klonopin and similar benzos very often after they appeared on the market in the 1960s. By the late 1970s, benzodiazepine drugs were the most prescribed medications worldwide. Today, these drugs are tightly restricted by the US and other national governments due to the epidemic of abuse and health problems that followed.

Despite this, benzodiazepine use remains common. In 2008, 5.2 percent of US adults aged 18-80 used one or more of these medications regularly.

Klonopin and other tranquilizers are associated with a wide range of adverse effects. Most of these occur when the drug is abused, but even those who take it as directed can experience negative side effects. These can include:

If someone is displaying these symptoms but doesn’t have a prescription for Klonopin or a similar medication, that person may be using it for recreational purposes.

Another unfortunate effect of drugs like Klonopin is referred to as “rebound anxiety.”

This is a condition that can happen after a person stops taking a drug for anxiety issues in which the individual experiences more intense anxiety than that person had before beginning the medication regimen.

This often fades within a couple weeks, but in some cases, it has extended for many months.

As with most drugs, Klonopin side effects tend to become worse when higher doses are taken. People who abuse benzos often take higher doses than are recommended in order to increase the pleasurable effects, but this exposes them to the risk of severe and even life-threatening symptoms, up to and including overdose.

Overdosing on central nervous system depressants can be very dangerous. This part of the brain controls essential functions like the heart and respiratory system. When too much Klonopin is taken, individuals may go into respiratory arrest or simply start breathing too slowly to get enough oxygen to the brain.

Symptoms of Klonopin overdose include:

The emergence of these symptoms in someone who has taken Klonopin should be considered a medical emergency. Overdose symptoms are more likely to emerge if a benzodiazepine drug is taken with another depressant, including alcohol. The majority of the thousands of benzo overdose cases each year involve at least one other substance.

Many people think it’s safe to abuse prescription drugs because they’re given out by doctors. However, abusing these substances, including Klonopin, can be extremely dangerous. Deaths from the misuse of prescription medications are beginning to outpace those from illicit drugs. Anyone who suspects they may be addicted to Klonopin should get professional help as soon as possible.

When a person develops a physical dependence on a substance, they may experience withdrawal symptoms if they suddenly stop taking the drug. Withdrawal can develop in people who take prescription medicines like Klonopin as directed, but since they have a physician’s oversight, the doctor will likely develop a taper to help their patient safely stop taking the medication. Those who abuse Klonopin for nonmedical reasons put themselves at risk for uncomfortable and even dangerous withdrawal.

Klonopin is one of the medications used to treat epilepsy in the United States and some additional countries. While it is not the only seizure treatment available, it’s rapid onset and long half-life make it a good option for many people who have diagnosed seizure disorders – specifically, myoclonic and absence seizures and Lennox-Gastaut syndrome.

One of the features of many benzodiazepines, including Klonopin, is that quitting the drug cold turkey leads to rebound symptoms of the original condition. For many people, this means they experience insomnia or panic attacks again because they took Klonopin to treat their condition as directed by their physician. However, people who struggle with Klonopin addiction may develop additional disorders of the brain, including seizures, due to the brain changes induced by taking a lot of this intoxicating substance for nonmedical reasons.

Unexpected seizures can lead to injury due to flailing limbs and potential concussions from falling; overall, they increase the person’s risk of sudden death. According to the Epilepsy Foundation, a person who has epilepsy is 1.6-3 times more likely to die early compared to the general population. Sudden unexpected death in epilepsy (SUDE) is a rare problem among people with seizure disorders, but it is a risk. Experiencing many seizures in a row puts the person at risk of brain damage, coma, and death.

Other dangerous Klonopin withdrawal symptoms can include:

Symptoms like physical numbness, tremors, insomnia, panic attacks, cognitive trouble, memory problems, sweating, irritability, increased tension, and digestive problems are all symptoms of Klonopin withdrawal. If a person detoxes with the help of a medical professional, they are not likely to experience these symptoms as intensely as they would without help. If a person who has abused Klonopin for a long time at high doses attempts to quit taking the drug suddenly, they are at risk of developing benzodiazepine withdrawal syndrome, or BWS.

This condition is similar to post-acute withdrawal syndrome in other addictions, such as opioid addiction. BWS involves a protracted experience of withdrawal symptoms because the body has difficulty reaching equilibrium. Withdrawal symptoms occur because the brain cannot normalize neurotransmitter chemistry without the presence of the addictive substance; typically, this takes about two weeks to even out. However, people who struggle with addiction to psychiatric medications like Klonopin, especially in large doses or over many years, are more likely to develop BWS because the drug is intended to change brain chemistry. Benzodiazepines, especially Klonopin, quickly become habit-forming.

Another feature of BWS is experiencing withdrawal symptoms, like irritability, muscle aches, or cravings at random, months or years after detoxing from the drug. The symptoms will likely go away on their own, but the experience can disturb a person’s normal routine greatly and put them at risk of relapse.