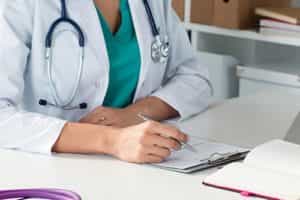 Personality disorders constitute a group of psychiatric/psychological disorders that involve long-term behaviors, feelings, and patterns of thought that are relatively inflexible, lead to a number of serious issues with relationships and ability to function, and go against most of the norms of the individual’s culture.

People with personality disorders often experience difficulties in everyday activities, and they have very complicated and stormy relationships with other people.

They often view everyone else as the source of their difficulties as opposed to considering that it is their own attitudes and behaviors that lead to the tension and difficulties in their lives. The attitudes, beliefs, feelings, and behaviors that are associated with personality disorders have been present in the individual since an early age – typically, since adolescence or young adulthood (many times even earlier if reliable information about the person can be obtained). They are very resistant to change and require targeted clinical intervention to learn to function with less strife and tension in their lives.

There are no formal identified causes associated with any personality disorder. Personality disorders are not diagnosed when the person’s behavior can be better explained by the use of some medication or drug, another mental health disorder, or as a result of some medical condition, such as a head injury or other condition. The current conceptualization of these disorders is that they have relatively strong genetic associations and relatively strong interactions from the individual’s early experiences contributing to their origin.

The clinical description of the 10 personality disorders described by the American Psychiatric Association (APA) has remained relatively unchanged for many years. These 10 different disorders share many features, even though they are conceptualized as being separate disorders. This has led to some controversy regarding the way these disorders are currently conceptualized; however, the current diagnostic scheme used in the United States is unlikely to change for quite some time. 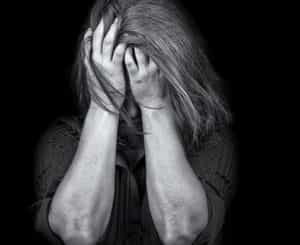 All the personality disorders represent severe and relatively rare expressions of psychological/psychiatric illnesses or abnormal behavior. The information discussed in this article regarding schizotypal personality disorder is designed to be educational in nature.

Reports of prevalences of the disorder are typically higher when the samples used have a large number of individuals with substance use disorders in them. In addition, research has suggested that there may be a link between schizotypal personality disorders and psychotic disorders, bipolar disorder, and several neurodevelopmental disorders.

Individuals with schizotypal personality disorder are often perceived as very peculiar, and they are frequently isolated by others as a result. These individuals have characteristic ways of thinking about the world that just do not seem to fit in with their culture or even the standard conventional thinking of most cultures in general. They almost appear as if they are rebellious (not in an overt or aggressive manner) and nonconformist, yet relatively harmless (which they are for the most part). These individuals have characteristic ways of viewing themselves and others in the world that tend to drive their eccentricities and behaviors. Some of these include:

Because they are perceived as rather odd and eccentric by others, and they self-perceive that they are different than others, they are often isolated from most people except for very close relatives. This isolation is not a result of expecting to be negatively evaluated or ridiculed, but due to a sense of just “not belonging.”

Research has suggested that as many as two-thirds of individuals diagnosed with schizotypal personality disorder have some type of substance abuse issue or substance use disorder. It appears that alcohol use disorder and tobacco use disorder are the most commonly co-occurring substance use disorders in this group; however, these individuals can turn to any type of drug as a result of their odd beliefs, perceptual experiences, and tendency to be isolated from others. As would be expected, they tend to use and abuse substances when alone and not with others.

The relatively high rate of comorbid disorders in this group suggests that these individuals experience a number of issues that complicate treatment. In addition, individuals with schizotypal personality disorder typically do not seek treatment. When they do, they do not seek treatment for issues related to their eccentric behaviors, but instead for issues related to depression and anxiety.

Clinicians who see these individuals need to conduct thorough assessments to understand the entire range of problems and issues that must be addressed. When an individual has more than one psychological disorder and/or has a psychological disorder with a co-occurring substance use disorder, treatment becomes more complicated. All issues must be addressed concurrently in order for treatment to be successful.

The treatment for this disorder will typically require an integrated approach that uses a multidisciplinary team and approach to overall treatment.

As might be expected, treatment for this personality disorder is complicated and can be difficult. These individuals typically have a number of different symptoms and often have comorbid disorders that require concurrent treatment.

Using medications such as benzodiazepines for anxiety may foster issues with abuse, as these individuals are notoriously nonconformists and do not readily follow regulations, such as the demands of a prescription.Medications that can be useful in the treatment of schizotypal personality disorder include psychotropic medications used in the treatment of certain psychotic disorders (of course, these should be given judiciously), selective serotonin reuptake inhibitors to address anxiety and depression, anxiolytic medications for more targeted treatment of anxiety issues, and other medications to address specific symptoms.

Therapy for these individuals needs to progress slowly and steadily. Issues with the individual’s experiences, odd belief systems, and normal distrust of others require that the therapist develops a strong working alliance or therapeutic alliance with the person based on trust and caring. Strategies that address the individual’s belief systems, and help the individual restructure these belief systems to more conventional and irrational beliefs, are best approached using cognitive behavioral principles along with principles of therapy that also investigate the person’s early experiences, such as psychodynamic and interpersonal approaches.

Getting these individuals involved in group therapy or family therapy can help to improve treatment outcomes, as they can relate to family members and others like them. However, due to their suspiciousness, getting them involved in group therapy other than formal family therapy is often difficult. It is important not to push them too quickly and to let them gradually adjust to the treatment process. If this is done, getting them involved in support groups and other group treatments later in the overall treatment process may be possible.