The Treatment Needs of Military Veterans with Drug Abuse & PTSD

Veterans are a unique population with unique treatment needs. Common challenges faced by military veterans include:

These individuals may benefit from drug rehab programs that specifically target the veteran population and treat co-occurring disorders such as PTSD.

Rates of Substance Abuse of Veterans

For many veterans, the struggle of addiction is one they know all too well: 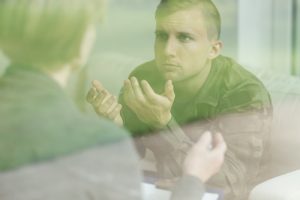 Substance Abuse and PTSD in Veterans

Veterans are particularly at risk of suffering from co-occurring disorders, especially PTSD. In fact, veterans who have substance use disorders are 3 to 4 times more likely to receive a PTSD or depression diagnosis than veterans who do not struggle with addiction.2

The National Center for PTSD also notes that more than 20% of veterans who have PTSD also have substance use disorders.1

Veterans who suffer from PTSD may:5

These symptoms can be incredibly distressing, and a veteran may find themselves using drugs or alcohol in an attempt to relieve them—a practice called self-medication.6

Unfortunately, veterans who have PTSD are not only at a higher risk of developing a substance use disorder but are also more likely to:2

With more access to prescriptions such as opioids, it’s all too easy to see how a veteran with PTSD may be especially at risk of abusing substances.

This prevalence of substance abuse and PTSD among veterans creates a special need for substance abuse treatment that can take into account the complicating factors of PTSD.

Addiction is a major problem among military veterans. While the VA has made numerous attempts to curtail the problem with various programs, rates of SUDs among veterans keep increasing.2

Military veterans often have unique challenges that may perpetuate alcohol or drug use and make recovery more difficult, including:2 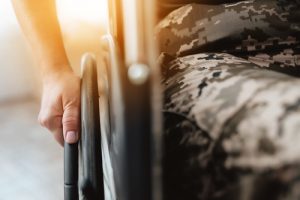 For veterans with co-occurring disorders, integrated treatment is vital. Because substance abuse and mental health disorders such as PTSD tend to feed into each other, it is much harder to recover from one if the other is not treated.2

One study found that individuals who received treatment for PTSD and saw an improvement in their symptoms also showed improvements in substance use.7

Treatment types that may improve symptoms include:2

Our Salute to Recovery program for veterans offers each of the above and also addresses the unique challenges listed above in classes that address veteran-specific topics such as:

Don’t let addiction continue to take your life from you. We are here for you with a program designed specially for your needs.

co-occurring disordersptsdveteran
Ready to get started?
We're available 24/7 to answer questions and help you make decisions about starting recovery from drug use.
Your Next StepsDon't gamble on your addiction.