Treatment Medications for Depression and Their Addiction Risks 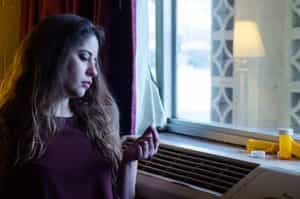 While the terms antidepressants or antidepressant medications refer to a category of drugs primarily designed for the treatment of MDD, this category consists of several different subclasses of drugs that have different mechanisms of action. Medications aimed that treating MDD are typically designed to increase the availability of specific neurotransmitters in the brain that are believed to be associated with depression when these neurotransmitters are not available in sufficient amounts.

Monoamine oxidase inhibitors (MAOIs) are a class of medications that were initially developed for the treatment of depression. They are rarely used today due to the potential to develop some serious side effects as a result their use. These drugs inhibit the development of the substance monoamine oxidasethat is involved in the breakdown of several neurotransmitters in the brain. By inhibiting the breakdown of these neurotransmitters, it is believed that these chemicals remain available in the brains of individuals who suffer from depression, resulting in an alleviation of the symptoms of MDD. Unfortunately, individuals who take these drugs also experience severe interactions with certain types of foods or other substances that contain the amino acid tyramine. These interactions can be potentially life-threatening and include cardiovascular issues. Due to these potentially dangerous side effects, this class of drugs is rarely used today. Some of the more familiar drugs in this class include Nardil and Parnate.

Tricyclic antidepressants (TCAs) are the class of medications that were developed following the development of MAOIs. This class of medications has a broad mechanism of action, meaning that it affects the reuptake of several different neurotransmitters, including dopamine, serotonin, and norepinephrine, all of which are thought to be involved in mood states. Their development was fostered by efforts to avoid severe side effects associated with MAOIs, and they block the reabsorption of the aforementioned neurotransmitters, leaving them available for use in the brains of individuals with MDD. While individuals who use these medications do not suffer from the same potentially severe or life-threatening types of side effects associated with MAOIs, they do have a number of unpleasant side effects that range from nausea to severe sexual issues. They are not used as frequently in the treatment of depression as they once were due to the development of other drugs; however, they are useful in the treatment of depression where pain is involved and in the treatment of other conditions such as chronic pain. Familiar TCAs include drugs like Elavil, Anafranil, and Pamelor.

Selective serotonin reuptake inhibitors (SSRIs) represent a class of drugs that are specifically designed to block the reuptake of the neurotransmitter serotonin, which was believed to be extremely important in mood states. These drugs appear to treat depression equally as well as TCAs, but have significantly fewer side effects; therefore, they became very popular in the treatment of depression. However, it should be noted that many of these drugs do still have associated side effects, such as the development of sexual issues, headaches, weight gain, etc., and several of them have been associated with an increased risk for the development of suicidal thoughts in adolescents and some adults. SSRIs are also used in the treatment of other types of psychological disorders and other conditions. This class of drugs remains one of the most prescribed classes of drugs in the world today and includes familiar drugs such as Prozac, Zoloft, Paxil, and many others.

Atypical antidepressants include drugs that have specific actions on neurotransmitters other than serotonin and that are not classified as TCAs. A number of these drugs are more recent in their development. Research indicates that they may be more efficacious in the treatment of MDD and may have a less severe side effect profile. Different classes of drugs are classified as atypical antidepressants. Cymbalta, Effexor, and Remeron are selective norepinephrine and serotonin reuptake inhibitors (SNRIs) while Wellbutrin blocks the reuptake of norepinephrine and dopamine. As a result, these drugs have different actions. For instance, Wellbutrin appears to increase energy levels in individuals and is often used for individuals with MDD who are extremely lethargic and unable to perform physical activities. Wellbutrin is also a medication that has been used in the treatment of chronic tobacco use disorders.

Is It Possible to Develop an Addiction to Antidepressant Medications? 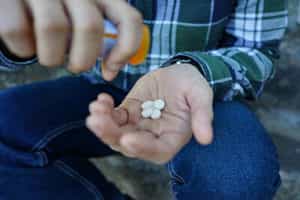 The answer to the above question depends on how one defines the term addiction. In clinical terms, addiction – or as it is now defined as a severe manifestation of a substance use disorder – represents thenonmedicinal use of drugs that results in issues with self-control and the development of dysfunctional ramifications associated with this drug use. Many lay individuals assumed that any time a person develops the symptoms of physical dependence on a class of drugs that the person has become “addicted” to them. However, this is not consistent with the clinical notion of addiction.

Physical dependence consists of both the symptoms of tolerance (the need to use more of a drug to achieve effects that were once achieved at lower doses) and a withdrawal syndrome (negative and often very unpleasant physical and emotional effects associated with a sharp decrease in the dosage or discontinuation of the drug). Because physical dependence develops in response to many different drugs that are used in the treatment of many different types of psychological and physical maladies, the development of physical dependence alone does not signify that the person has developed an addiction or substance use disorder.

Given these descriptions, developing a formal addiction to antidepressant medications is highly unlikely.

Consider the case of an individual with very chronic rheumatoid arthritis that daily takes very strong narcotic pain medications to control their pain. The individual continues to take the medication under the supervision of their physician and within the instructions of their prescription. Over time, this individual will definitely develop physical dependence on the narcotic medications; however, this person would not be considered to have a substance use disorder (or addiction) unless they began taking the drug for nonmedicinal reasons and strayed from the instructions of the physician and prescription (such as using more of the medication to get high, mixing the medication with other drugs like alcohol, etc.).

National organizations, such as the American Psychiatric Association and the American Society for Addiction Medicine, have consistently outlined the notion of addiction or a substance use disorder as the nonmedicinal use of drugs that leads to negative consequences. Thus, while the development of physical dependence alone is neither necessary nor sufficient to qualify as individuals having an addiction or substance use disorder, physical dependence remains a potential diagnostic symptom that, when combined with other symptoms and behaviors, signifies a potential substance use disorder.

Does Physical Dependence Develop in Response to Antidepressants?

The symptoms of ADS appear to be quite variable from case to case and include:

In very rare cases, some individuals have reported experiencing manic-like episodes or visual hallucinations. However, many of these individuals had severe psychological symptoms prior to taking the medication.

Treatment for ADS is typically accomplished by using a tapering strategy where the individual is administered decreasing doses of their antidepressant medication or some other antidepressant and allowed to adjust over periods of time. Once the dose reaches a certain point, the physician can discontinue the medication altogether. Medications to address the physical symptoms associated with discontinuation, such as headache and nausea, can also be administered. 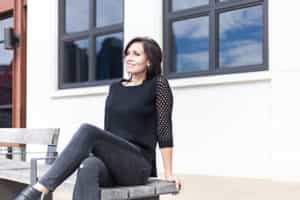 The promotion of antidepressant medications by pharmaceutical companies and the media has led to the notion that these medications are extremely successful in treating depression, despite a body of empirical evidence that they may not be, as well as the notion that they represent the best option in the treatment of depression, again despite empirical evidence that this may not necessarily be the case. There are a number of alternatives to antidepressants for the treatment of depression that do not involve medications. The most significant of these alternatives include:

People may wish to try other approaches that may have some effect in reducing their level of depression, including things like music therapy, massage therapy, acupuncture, etc. For the most part, these types of interventions will produce some positive benefits, but as a general rule, they are not standalone or primary approaches to the treatment of MDD.