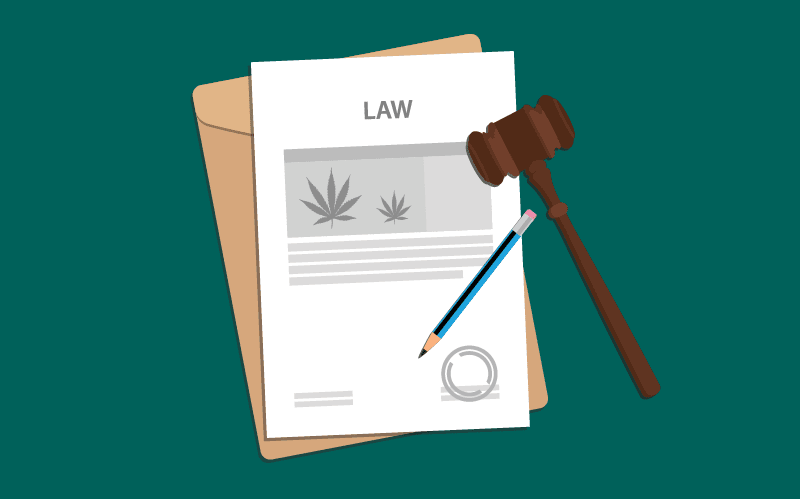 Question 2, or the Nevada Marijuana Legalization Initiative, will be on the ballot on November 8, and the debate is getting heated across the state.

While there are those who believe that this would be a beneficial change for Nevada, many believe that it would only increase the rate of drugged driving and use of marijuana among young people. Even the largest newspaper in the state, the Journal Review, has flip-flopped on their position. Once the paper published articles supporting marijuana legalization, but since ownership changed hands, the paper has taken a decidedly “anti” stance, citing the many problems faced by other states that have legalized marijuana recreationally.

When it comes to legalization of marijuana, it is not a simple decision to make. Rather, it is important to weigh a number of considerations carefully that can and will result from legalization of the drug.

The focus of the bill, according to those who are proponents of legalization, is taxation and the benefits that those taxes will provide for state residents. Their goal is to regulate marijuana sales in the same way that alcohol sales are currently regulated and levy taxes on those sales in an effort to benefit state residents.

Though it sounds good in theory, the reality is that the legalized drug and alcohol use costs the community far more than what is covered by the tax income. Costs of law enforcement to manage those who violate the new laws, increased medical costs required to treat those who struggle with health problems or accident due to use of the drug, lost productivity and thus lost income tax and sales tax income caused by use of the drug, and more add up to a far higher expense total as compared to tax income. This has been true for alcohol; thus, there is no reason to believe that it would be any different for marijuana.

All we have to do to prove this is look at the problems that Colorado has faced in the years since it legalized marijuana. Court cases about working under the influence cost taxpayers money. Lost income for businesses due to accidents, high turnover rates, and employee use of marijuana means that businesses have less income to pay taxes on, thus decreasing the overall budget for the state. Increased emergency room visits due to marijuana use and overuse, plus the costs of drugged driving take a toll on the state budget as well.

When it comes to marijuana taxation, when all costs are tallied, the state does not come out ahead.

Drugged driving is not just an increased consideration for states that have legalized marijuana but for surrounding states as well. After alcohol, marijuana is the drug most often found in the driver’s system at the scene of a car accident, and multiple studies have demonstrated that drivers who use marijuana before getting behind the wheel are about twice as likely to be the cause of a fatal car accident and/or to be killed than drivers who abstain from all substances.

Unfortunately, there is no way to effectively test THC level on the roadside. Once a warrant is acquired for a blood test, the person’s THC level will inevitably have lowered, making it difficult to manage the situation on scene. Additionally, there is no agreed-upon standard THC level that would indicate driving impairment since everyone processes the drug differently according to size, tolerance, and other factors.

In short, drugged driving is a deadly problem with no immediately identifiable solution.

Kids are getting an unsafe message about the nature of marijuana use and abuse. The legalization of the drug is leading many to believe that it is not addictive and a completely harmless substance. Only about 20 percent of American youth recognize that marijuana is a drug that can cause addiction, decrease academic progress and opportunities, impair driving, contribute to unsafe and life-changing decisions, and create long-term emotional and physical health consequences in users.

Rates of Marijuana Abuse and Addiction

There is also a viable concern that increasing access to marijuana by making it legal for recreational use will increase rates of use of the drug. If it is available in bars and cafes, sold in the form of baked goods, and constantly an option, then certainly more people will use it.

Said the Drug Enforcement Administration (DEA): “Recently, efforts to legalize marijuana have increased. Keeping marijuana illegal reduces its availability and lessens willingness to use it. Legalizing marijuana would increase accessibility and encourage promotion and acceptance of drug use.”

With increased use, there will likely follow increased drugged driving incidents and medical emergencies associated with use of the drug, as well as increased rates of addiction.

Given all the potential for harm, do you believe that marijuana should be legalized for recreational use in Nevada?