The round-the-clock casinos, which blur the distinction between day and night, position Las Vegas as a city where the liquor flows. So it’s heartening to know that a new movement sobriety movement is gaining footing there. But before we go further, let’s define some terms.

What is this trend? “Sober Curious,” also known as “Sober Sometimes.” This call-to-action started early in 2019 in the form of a challenge. Can people refrain from drinking, at least for a while? Thus, in the aftermath of New Year’s came “Dry January.” Those who embraced it clamored on social media about their experience, which paved the way for “Dry July.” That, in turn, set the stage for “Sober September,” which happens to coincide with National Recovery Month sponsored by the Substance Abuse and Mental Health Association (SAMHSA). 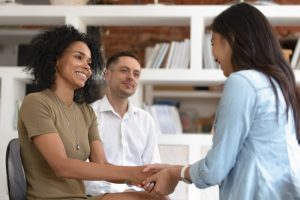 Sober Curious has taken hold and is sprouting long roots. People embraced the idea. Interest is sweeping the country from coast to coast as advocates are hitting the pause button on drinking. The notion even spawned related Instagram accounts, such as  Sober Girl Society and Sober Nation, which have more than 80,000 followers.

Count Last Vegas in as well. As Nevada Public Radio reported, “Even in Las Vegas the ‘Sober Curious’ Movement Grows.” Here’s some of how it works. Supporters are choosing “mocktails” rather than cocktails. They also are adding the phrase “non-alcoholic” when ordering beer. What’s more, organizers who sponsor Meetup social gatherings are holding sober events for their members here.

Bars on the famous Las Vegas Strip have taken note. The Venetian cocktail bar spotted the beginning of this change as far back as six years ago, when they added non-alcoholic items to the standard menu. A bartender who works there commented on the growing number of requests for these items. “I think more people are less afraid to ask for them now instead of just asking for a Coke or a water.” She added: “I think the social aspects before were in a sense very judgmental. A lot of people made you seem like you’re not fun or you’re not part of the crowd.”

Others agree. The owner of Rebar in the downtown area points to how some patrons ask for less liquor in their drinks. To respond to this overall trend, the establishment offers non-alcoholic versions of all drinks as well as non-alcoholic beer. How has this affected business? Profit has climbed! It sets this bar apart from the competition, which may not have gone this route. Think about it – in this sense, supporting sobriety is a money maker in a setting that is otherwise contrary to that concept.

For National Recovery Month and All the Year

For those in the throes of addiction, saying “no” to liquor and other substances is a formidable challenge. However, Desert Hope Treatment Center in Nevada s here to help. The multidisciplinary team welcomes men and women, veterans and first responders from the local area and afar. Everyone receives a personalized plan based on their needs, which adheres to the highest standards of treatment. 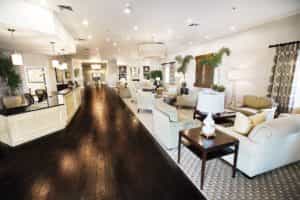 We offer a continuum of care with a full array of services. Be it medical detox, inpatient and outpatient services, we help you all along your journey. You can have trust in us. We bear the seal of approval from the Commission on the Accreditation of Rehabilitation Facilities (CARF). We’re also a member of the prestigious American Addiction Networks. And we offer a distinctive guarantee. Complete our 90-day treatment program to stay clean and sober. We stand by this pledge. Otherwise, please return for 30 days of treatment. The costs are on us.

Visit our online admissions page. It’s your first step toward “Recovery for Life.”

Sherry M. Adler covers a wide range of industries and topics as a freelance writer. She has a passion for her craft and the world at large. Dedicated to using the power of words to inform and energize stakeholders, she named her business WriteResults ... Read More