What Is a Prescription Monitoring Program? 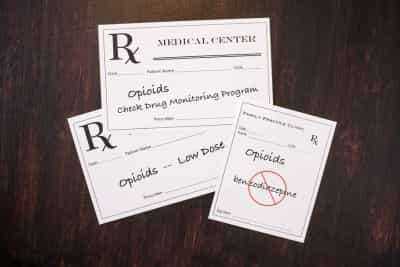 The Basics of Prescription Monitoring Programs

The data from PMPs is monitored, analyzed, and submitted by pharmacies and dispensing practitioners. PMPs are managed under the authority of the state, territory, or district of the dispensing or prescribing party. PMPs are not designed to interfere with appropriate medical uses of prescription medications, such as opioid medications. The increasing problem of prescription drug abuse has fostered the medical need for monitoring of controlled substances, and the data in PMPs is only provided to parties that are authorized under state law to access the program. These parties include:

Prescription monitoring programs are designed to safeguard public health while supporting the legitimate use of medications that are classified under the Controlled Substances Act. They do not hinder the legitimate prescribing of a controlled substance by a physician. The electronic database is accessible by parties who are authorized under state law to receive information and the large regulatory bodies involved in the identification of controlled substances, such as the United States Drug Enforcement Administration (DEA). However, the DEA is not formally involved in the administration of any state PMP.

According to several resources, including an article in the Clinical Journal of Pain, prescription monitoring programs have the support of the majority of physicians. PMPs represent a joint effort between the medical profession and law enforcement to support the appropriate use of controlled substances while regulating the potential abuse of these agents. The physicians, pharmacies, etc., that distribute controlled substances are obligated to register with their particular PMP in their state and to report the prescriptions of controlled substances to an online database. In some cases, data may be transmitted to multiple states.

PMPs provide several benefits, such as:

PMPs monitor controlled substances defined by federal statutes and specific state statutes; thus, nearly all PMPs monitor data regarding federally controlled substances through Schedules II to IV. Some states may monitor other drugs of concern. Physicians and pharmacists may obtain PMP reports for their patients, and some states may provide information to law enforcement agencies for specific investigations of drug cases, to regulatory and licensing boards for investigating healthcare professionals’ prescription practices, to state Medicaid programs, to state medical examiners to investigate causes of death, and to research organizations for research. Brandeis University offers a link to a listing of each state’s laws, regulations, and rules regarding their PMPs.

States with prescription monitoring programs are outlined below.

For Schedule II through Schedule V:

The Effectiveness of Prescription Monitoring Programs

According to the Substance Abuse and Mental Health Care Services Administration (SAMHSA), the implementation and use of PMPs has resulted in:

While prescription monitoring programs have assisted in the monitoring and control of the abuse of numerous controlled substances, it is still clear that more can be done. One course of action to reduce the availability of controlled substances is providing better and more efficient instruction on issues related to pain control in medical schools (e.g., alternative methods to relying on narcotic medications), better substance abuse prevention training for students in medical school, and broadening of the scope of medications monitored by PMPs (e.g., some states still only monitor controlled substances in Schedule II-IV). Nonetheless, the implementation of PMPs has resulted in numerous positive effects in the medical and law enforcement fields to combat the serious issue of prescription drug abuse.